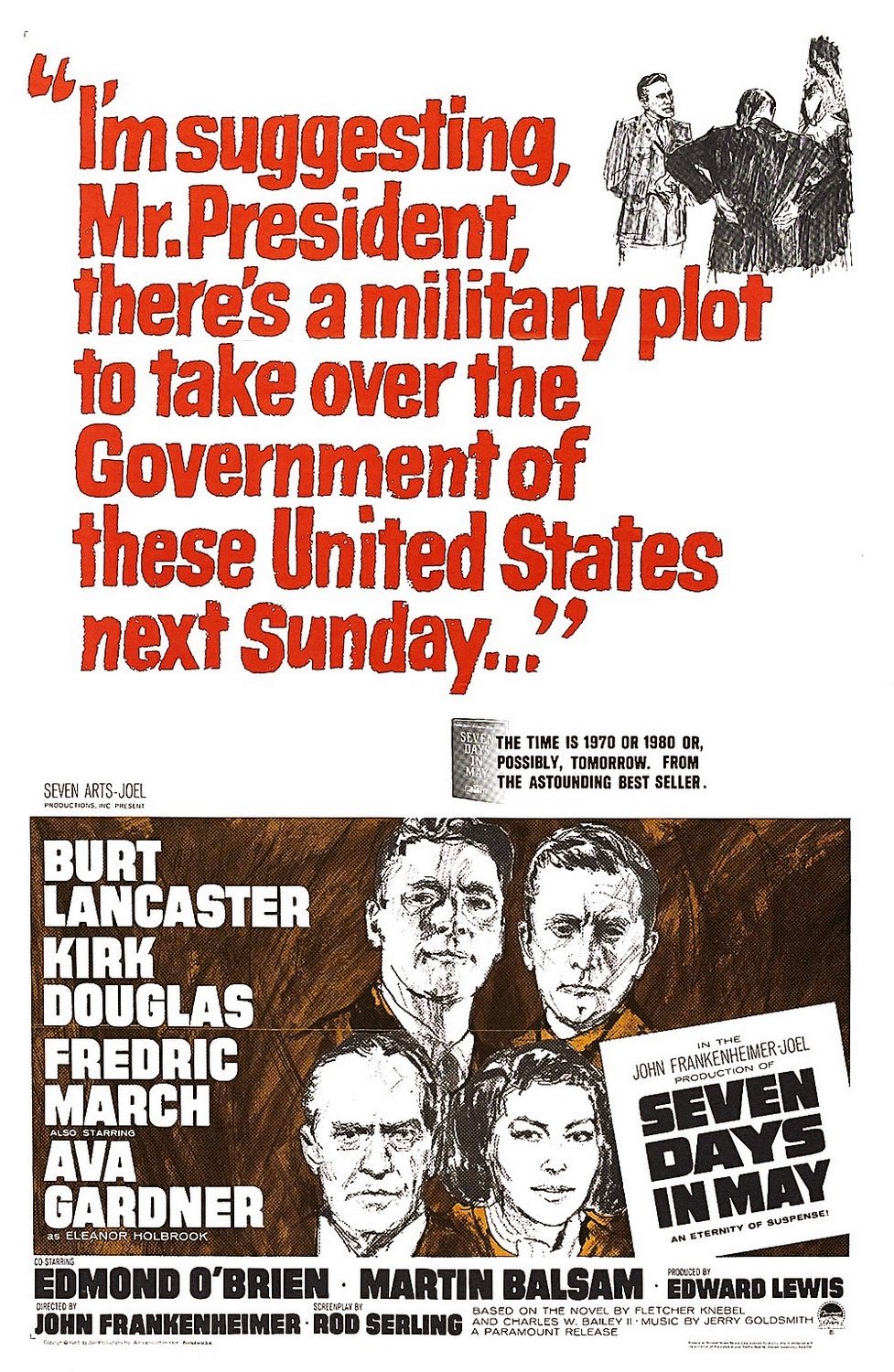 This past week saw the latest chapter in the GOP's hysterical attempts to demonize anything Barack Obama says or does. On this occasion they brought in a pinch hitter, Benjamin Netanyahu, who addressed Congress (against all normal protocol) on the dangers of signing a nuclear treaty with Iran. The Republicans cheered and applauded Benjy's every word, and the only thing missing from the event was the ceremonial lighting of torches and sharpening of pitchforks prior to attacking the White House to drive the monster out. Yes, the GOP is now officially one of those peasant mobs in Universal horror movies of the 1930s, with John Boehner in the role of the burgomeister. The Iran fuss follows on the heels of GOP ragefests over immigration, the Affordable Care Act, Benghazi, Obama's birth certificate, and a variety of other issues, both large and small. The common denominator is that the Republicans and the Nazguls at Fox News are convinced that Obama is a crazed muslim marxist who is hellbent on destroying the US of A.

The right-wing's vitriol and fear, both strongly flavored with racism, has been epic, and at several points during Obama's tenure I seriously wondered if a significant minority of Americans who have their hands on the levers of power wouldn't be OK with a coup. I also wondered why no one was rushing to remake Seven Days in May, a thriller about a cabal of Pentagon generals and a right-wing TV news host who conspire to overthrow the government before the President can sign a treaty with the USSR banning all nuclear weapons. Burt Lancaster as Gen. Scott is the head conspirator, Frederic March is the Prez, and Kirk Douglas plays an aide to Scott who uncovers the conspiracy. Probably due to its age, or perhaps because it's story was seen as too far-fetched, Seven Days in May never seems to make any lists of the all-time great conspiracy thrillers. It should. John Frankenheimer was the director, and he's a master at eliciting intense performances from alpha male actors. The discovery of the conspiracy and the President's attempts to derail it are effectively handled, the dialogue is intelligent, and its documentary-style look makes the whole story seem that much more probable.

The film isn't, however, entirely without flaws. A sub-plot involving Gen. Scott's ex-lover and some incriminating love letters could have been pruned, and the documentary look of the film sometimes veers into flat, made-for-TV visuals. Produced at the height of the Cold War, Seven Days in May shows the coup plotters enraged by a policy decision. They have no personal beef with the president, just his plan to scrap nuclear weapons. Contrast that with Obama, whose bitterest opponents have a visceral loathing for him that transcends matters of policy. The remake practically writes itself with Obama's fictional equivalent facing a hostile array of billionaires such as Donald Trump, Sheldon Adelson, the Koch brothers; the combined forces of talk radio and Fox News; and Christian fundamentalist elements in the armed forces. Denzil, are you paying attention? This is your next big role.
Posted by Cary Watson at 12:08 AM 1 comment: 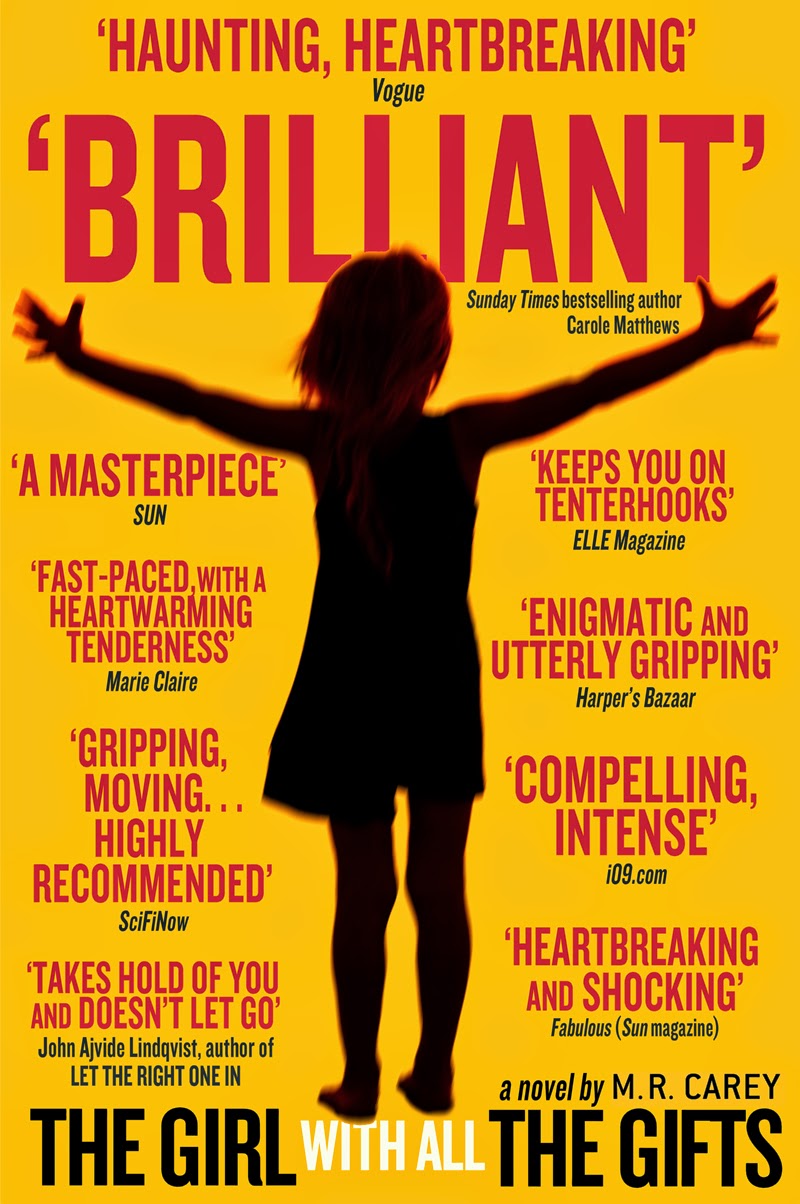 I find zombie films tiresome and relentlessly unscary, if that's a word, so I surprised myself by thoroughly enjoying this post-apocalypse zombie thriller. Sorry, that's hungries, not zombies. Author M.R. Carey goes out of his way not to use the z-word. I'm not sure why he does this, and it definitely seems odd that none of his human characters use the z-word, but I guess in the crowded field of zombie films, zombie graphic novels, zombie TV shows and zombie novels, you do whatever it takes to stand (lurch?) out from the crowd. But enough about etymology and on to the eating of flesh!

The setting is England twenty or so years hence. A nasty fungus that normally infects ants has somehow jumped species and turned almost all of humanity (the English portion of it, anyway) into crazed zombies hungries. The hungries are akin to the zombies in 28 Days Later; they move fast and they never give up. They also have extra strength and heightened senses. The story begins on a fortified army base where a group of children are being held captive. It emerges that the kids are hungries who, unlike all other hungries, retain their intelligence and personality along with an uncontrollable desire to eat human flesh. They're kept restrained and locked up. The land outside the base is overrun with hungries and "junkers", who live and act much like the bad guys in the Mad Max films. The brightest of the children is 10 year-old Melanie, who is in love with her teacher, Ms. Justineau. Justineau is racked with guilt because she knows that the children are only being kept alive so that Dr. Caroline Caldwell can dissect them in an attempt to find a cure for the plague of hungries. The children are unaware that they are hungries and have no knowledge of the world outside their cells. A band of junkers overruns the camp and Melanie, Caldwell, Justineau and two soldiers, Parks and Gallagher, escape together. They have go on foot to the Beacon, some kind of redoubt located south of London. But that place of safety is a long way off in a land filled with dangers, not the least of which is Melanie, who is trying to manage her urge to eat her companions.

Like I said, I don't care for the zombie genre, but Carey is such a good writer he manages to get past my walking dead defenses. The appeal of the novel, aside from its well-crafted moments of violence and peril, lies in the character of Melanie. She's a sweet child with a love for all the new things the world has to show her, but at the same time she has to control the inner demon that wants to turn her into a remorseless killer. This inner conflict gives the novel its backbone and its most touching moments. The remaining characters are good, but they betray the novel's origins (as we learn in an afterword) as a failed screenplay. Caldwell, Justineau, Parks and Gallagher all fit neatly into their respective action movie character slots--cold-hearted scientist, vocal moralist, grizzled grunt, greenhorn grunt. Carey handles these characters very effectively, but at times they feel a bit too celluloid. The ending betrays its film roots with a scene that's very neat, that brings things full circle, but also makes no sense. That aside, M. R. Carey (the unimaginative pseudonym of Mike Carey) may have made me a convert to zombie fiction. but his best work remains the Felix Castor novels. And here's my piece on why I have a beef with the living, shambling dead.
Posted by Cary Watson at 6:13 PM No comments: