Book Review: How I Stopped Being a Jew (2014) by Shlomo Sand 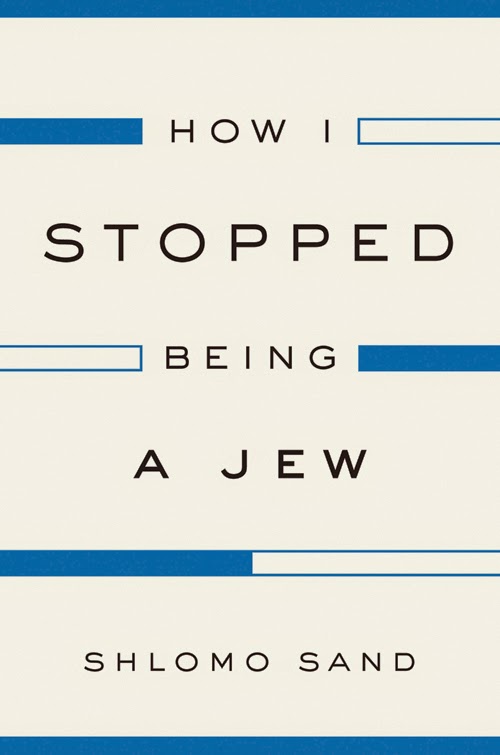 This long-form essay or opinion piece can be added to other recent works by Jewish writers such as Max Blumenthal, Ilan Pappe and Gideon Levy that deconstruct the self-aggrandizing myths spun around the state of Israel by Israeli Zionists and their (mostly) American backers. Shlomo Sand (a history professor at Tel Aviv University) would prefer it if you no longer referred to him as a Jewish writer. With passion and logic, Sand argues that there is no such thing as being Jewish outside of following the Jewish faith. There is no Jewish race, and, he argues further, there isn't even a Jewish culture.

Sand's main point is that unlike followers of other religions, a Jew is regarded as a Jew even if he's an atheist. An atheist whose grandparents were Baptists isn't currently a Baptist who also happens to be an atheist. A secular Jew, however, is still called a Jew even if they and their parents have never followed the Jewish faith. This double standard has been useful to both anti-Semites and Zionists. From medieval pogroms to Nazi death camps, anti-Semites have needed the idea of a distinctive and unique race of people to justify their terror. For Zionists, the alleged uniqueness of the Jews provided a justification for the creation of Israel. Sand shows that both groups created the idea of a Jewish race and culture out of whole cloth.

When it comes to Jewish "culture", Sand shows that those wishing to perpetuate this particular myth usually ignore the fact that those they have defined as being part of Jewish culture are simply part of their respective national cultures. This obsessive labeling of secular, creative minds from Karl Marx to Harold Pinter as somehow being part of a collective Jewish outlook or culture is sheer nonsense. It seems particularly ridiculous when, as Sand points out, the founding Zionist fathers of Israel showed such contempt for the culture and character of Jews from the Arab world, Eastern Europe, or, bizarrely enough, those who had survived the Holocaust. To cite one example, the use of Yiddish, a dialect most people would regard as being inextricably bound up with Jewish culture, was frowned upon, even banned, in Israel until fairly recently. Now that Yiddish is virtually extinct, it 's acquired a nostalgic glamour in Israel.

What this book achieves is make it more plain that Zionism is a cult that clumsily cherry-picks elements from politics, culture, history, and even archaeology, then weaves them into an argument for a regime underpinned by racism and colonialism. As much as Sand may not want to be called Jewish, it's the work of Jewish writers, who can't be be tarred with the brush of anti-Semitism (although some try), that brings insight and honesty to any discussion of Israel.