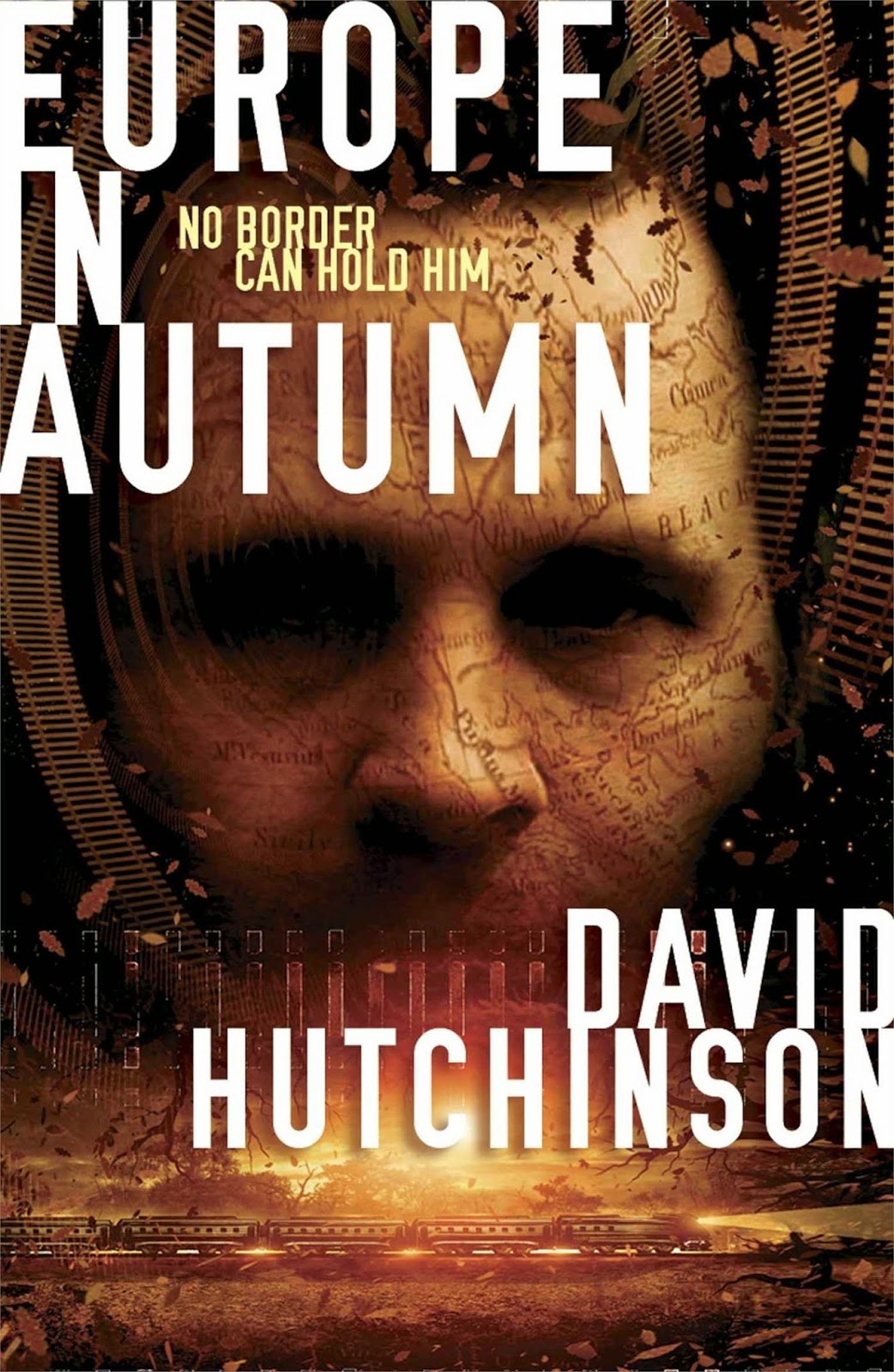 Dave Hutchinson needs to network more. I've read any number of mediocre and crap SF novels that are covered in enthusiastic blurbs from other authors, bloggers, and online fanzines. Europe in Autumn has one measly blurb from someone named Eric Brown, who may well be Dave's downstairs neighbour for all I know. This novel deserves a raft of accolades, so for his next novel (which will surely be a sequel to this one) Dave needs to start hitting the fan conventions and standing rounds for his fellow SF writers down at the pub.

One of the chief pleasures of this novel is its unpredictable ambition. The setting is Europe in the near future and the region has spawned dozens and dozens of new states, some as small as a few city blocks. All these polities, as they are called in the book, have thrown up new borders and travel restrictions to go with them. There are always people who want to move themselves or contraband across borders unnoticed, and a shadowy organization called Les Coureurs des Bois has sprung up to serve their needs. Rudi, a young Estonian working as a cook in Krakow, joins the Coureurs and begins a career that becomes more dangerous and mysterious with each mission he takes on. The novel ends with Rudi discovering that there is, quite literally, more to Europe than meets the eye.

Europe in Autumn is shelved in the SF section of the bookstore, but it mostly reads like a great espionage novel, perhaps a forgotten title by Len Deighton. All the tropes and flavour of the spy novels of the 1960s are here: tense encounters with border guards; middle of the night frontier crossings under the glare of searchlights; double and triple crosses; dead drops; passwords and false identities; and sudden, shocking violence. One sequence in particular, set on a snowy night in the state of Potsdam, stands out as a brilliant blend of SF and old school John Le Carre-style tension as Rudi tries to smuggle a man across the border. The first half of the novel is picaresque in structure as we follow Rudi around Europe in his job as a Coureur. His various adventures are entertaining in their own right, but Hutchinson's portrait of a divided and sub-divided Europe is rich and endlessly inventive. He smartly pays attention to the small details of life, which gives his imagined Europe greater verisimilitude than is usual in these kinds of alternate reality stories.

Rudi is an excellent guide to this new Europe. He's witty, cynical, clever, but motivated by a quiet idealism to see Europe once again become borderless. Rudi more or less stumbles into his job with the Coureurs, and in this regard he's very much like one of the heroes of Eric Ambler's spy novels, many of whom are men with ordinary lives and jobs who suddenly find themselves having to cope with terrors and realities that are far outside their experience.

Although Europe in Autumn starts out as an alternate reality spy novel, by the end it's begun a seamless transition to something far stranger and more in keeping with its SF designation. There's clever future tech on display throughout, but it's always kept in the background. What's most remarkable about this novel is that Hutchinson's prose is fully the equal of his imagination. All those SF writers with big, bombastic ideas (and blurbs) rarely have the writing skills to back up their glitzy concepts. Hutchinson's writing is so good it he'd be worth reading no matter what genre he tackled. And if he doesn't use some part of this review as a blurb then he's just being difficult.
Posted by Cary Watson at 8:10 PM