Dead Bunny is on Kindle! 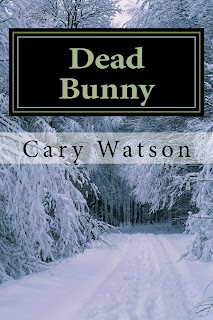 I travel the subway in Toronto pretty frequently so there's no missing the fact that a lot of people are doing their reading on Kindle and a wide variety of other electronic devices with equally unlikely names. And up until now my mystery novel Dead Bunny was only available in that primitive "book" format. Hard to believe people still risk injury to fingers and wrists by manipulating those clumsy masses of paper and glue. I've heard that until the Kindle came along, 3 out of every 19 bibliophiles died of paper cuts before the age of ninety-three. Now that Dead Bunny can be yours for only $5.99 on Kindle there's no reason I shouldn't be a millionaire by Christmas. Help make it happen.

So much for the ruthless shilling of my book. I've actually managed to sell a couple of dozen copies of Dead Bunny, and the feedback has been very encouraging. I even have a couple of 5 star reviews on Amazon that are guaranteed sock puppet-free. Several readers have told me they're looking forward to another mystery featuring Quentin Winchester, and that's a real compliment. If they were being polite they'd probably just say they enjoyed it and leave it at that. To ask for another book seems like genuine appreciation for what I wrote. Guess I'll have to write one more...and earn that second million. To order the Kindle version click here or on the image on the right or go to Amazon's Kindle store. And thanks to everyone who's read Dead Bunny.
Posted by Cary Watson at 10:27 AM