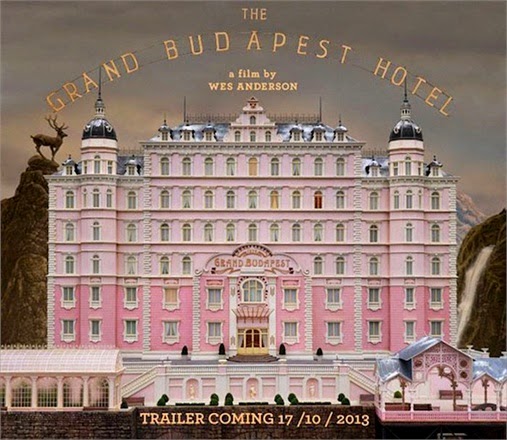 I've enthusiastically detested director Wes Anderson's films beginning with Rushmore, so it comes as a shock to say that I didn't hate The Grand Budapest Hotel. In Rushmore, The Royal Tenenbaums and Moonrise Kingdom I found his penchant for toxic levels of whimsy, quirkiness and meta references to be intolerable. What might aggravate me the most about Anderson is that he writes characters who are actually less than one-dimensional. Take any unambitious genre picture and it will be stuffed with single purpose characters such as, say, the lone wolf cop, or the bitchy cheerleader. Anderson's characters are sometimes consist of nothing more than a tone of voice, a particular look, a costume, or even just a raised eyebrow. Anderson's overflowing basket of filmmaking idiosyncrasies have made him the David Lean of hipster cinema, but for the rest of us he's that annoying, precocious child (much like the central character in Rushmore) who thinks the best way to show genius is to be a contrarian. Some filmmakers, past and present, have managed to toy with or subvert the norms of narrative cinema, but Anderson does so in the most shallow, non-threatening way possible.

Having got all that off my chest let me say that The Grand Budapest Hotel managed to hold my interest, largely thanks to Ralph Fiennes performance as M. Gustave, the concierge of a great hotel located somewhere in Anderson's imagination between Grand Hotel (1932) and The Night Porter (1974) and set in the 1930s. Fiennes brings charm and energy to a role that's no more than a pot luck of character traits. The other thing that kept me interested was the look of the film. I'm usually opposed to films that invest too much energy on gaudy set and costume design, but the look of this one fits its subject matter perfectly. Even if the plot and characters are generally tedious, the scenery, both indoors and out, is always imaginatively realized.

As for the rest of film, all I can say is that it's the usual grab bag of movie star cameos, arch acting, and dialogue that sounds as though it was written in italics or with ironic quotation marks around it. Oh, and the character of Zero, a bellboy who has the biggest role next to Fienne's, is the owner of the raised eyebrow I mentioned earlier. He runs around a lot, but his character is largely built around his ability to raise an eyebrow at key moments. At the end of the day I didn't like The Grand Budapest Hotel, but I didn't loathe it, which means that for me Wes Anderson's career is trending upwards.