Things I've Learned From Working at the Library 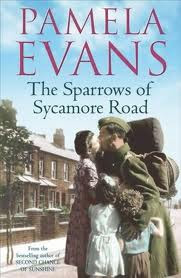 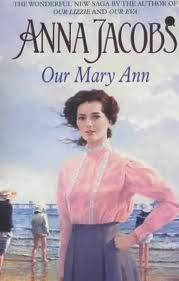 I thought I was familiar with most literary genres before I started at the library, but here's one that's new to me: English working-class romantic historical fiction. For convenience, I'm going to call it kitchen sink romance. Sounds unlikely, but there's tons of it, and it's churned out by authors such as Emma Blair, Freda Lightfoot, Irene Carr, and many others.

I can't say that I've actually read any of these novels, but going by the plot summaries found on the backs of them it's possible to form a general picture of what makes them unique. The stories are all set in the U.K., often have a specific regional focus (Lancashire, Yorkshire, east end of London), and are mostly set in the twentieth century, but never more recently than, say, the early 1960s. The heroines are uniformly working class or lower middle class. They work in mills or markets, or, slightly higher up the socio-economic scale, run pubs or corner stores. Their romantic affairs are often with men of their own class, sometimes higher, and these affairs are often made problematical by the intrusion of history: the Depression, either of the world wars, the failure or rise of specific industries, and so on.

To give you the flavour of this genre, here's a plot thumbnail from the back of an Annie Murray novel called Soldier Girl: 'Molly Fox has grown up in the back streets of Birmingham at the mercy of her grandfather and her cruel, drunken mother. Though she has grown into a tall, beautiful woman, Molly is haunted by terrible family secrets. When, one night during the Blitz, her old friend Emma Brown finds her lying drunk in a gutter, Molly reaches a turning point. She decides to escape by joining the army as an ATS girl. At first her new start seems fated to be a disaster, but soon her life is flourishing, bringing new freedoms, friendship, and above all, the joys and confusion of love.' I don't think many of Barbara Cartland's heroines ever woke up drunk in a gutter.

One of the most interesting things about this genre is that historical events seem to play a key role in them. Most romantic historical fiction uses history only as a colourful backdrop (costumes, manners, traditions, etc.) for romance: think the Regency period in England or the antebellum South in the U.S. In kitchen sink romance historical events assume the roles that characters would in other kinds of romantic fiction; they influence, for good and bad, the paths characters choose or have chosen for them.

But the most fascinating aspect of this genre is the role that work plays in it. Having a job, keeping a job, getting a job, or losing a job is of crucial importance in these stories. These are not characters who take a steady income for granted. In fact, many of these novels seem to be as much about work as they do about romance. And these aren't rags-to-riches stories. At most they're rags to ready-to-wear stories. This genre states that employment, or the lack of it, has as much of a role in romantic fiction as good looks, nice clothes, and a winning personality. Even modern literary fiction rarely has anything to say about the importance of work, especially the kind that's paid by the hour.

Kitchen sink romance stands in stark contrast in this regard to almost all other romantic fiction. Most romantic historical fiction revolves around women getting their hooks into titled plutocrats, or winning their rightful (and juicy) inheritance and marrying Lord Wavy-Chesthair. Contemporary romantic fiction is even worse. Harlequin publishes a line of romance novels that's entirely devoted to stories of 9-5 women landing millionaires or billionaires, and urban romances (code for fiction for African-American women) are all about poor women snagging rich pro athletes or even richer hip-hop artists.

Interestingly, there is no equivalent to kitchen sink romance in the U.S. Not even close. I think this points out the absolute horror Americans have of the concept of poverty or menial labour. To an American, being at or below the bottom rung of the economic ladder signifies a personal failure, not the result of specific economic conditions. Kitchen sink romance takes a more holistic look at romance, seeing it as something that can't be separated from work and current events. Having read passages from a few of these books I can't say that there's any deathless prose in this genre, but, unlike virtually all other romantic fiction, kitchen sink romance clearly isn't afraid to acknowledge reality.
Posted by Cary Watson at 10:49 PM