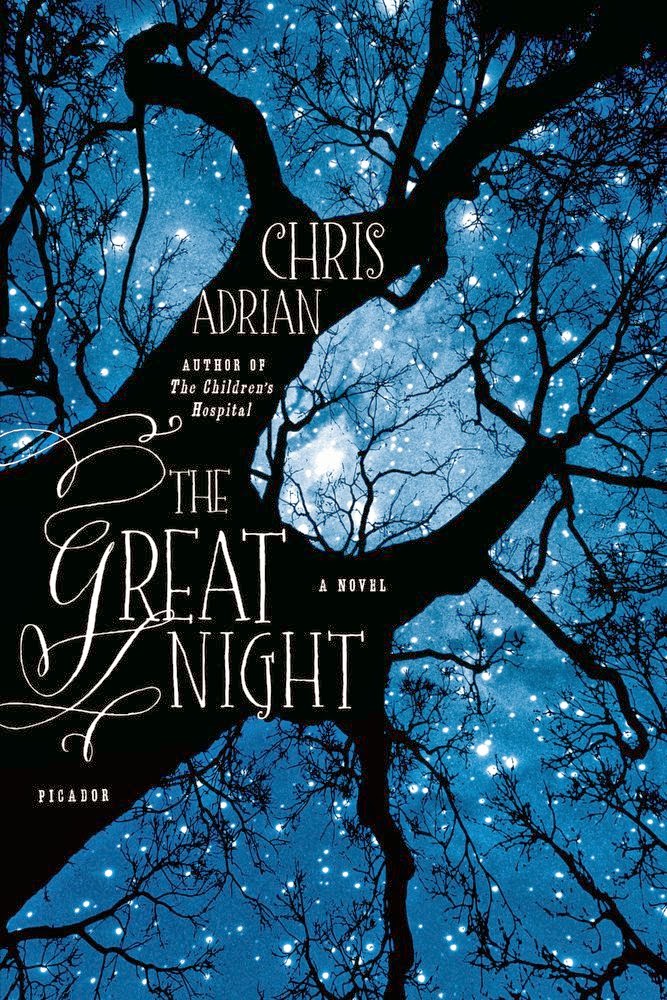 It takes a bold person to try and write a serious novel through the medium of fantasy fiction. The problem is that your book is likely to be reviewed and shelved with novels featuring lovelorn vampires or armoured cats or characters with names like Stabhappy the Slayer. Chris Adrian's novel is a modern-day re-imagining of A Midsummer Night's Dream set in San Francisco's Buena Vista Park. And, yes, the novel has a full complement of fairies, including Titania, Oberon and Puck.

The human characters are Henry, Will and Molly, all of whom enter the park separately one summer night to take a shortcut to a party being held in a house on the far side of the park. Unbeknownst to the trio of humans, Titania, depressed by the end of her marriage to Oberon and the death of their adopted (stolen) son, has given Puck his freedom. Puck is not a twinkly, giggly fairy; he's a lord of misrule, an agent of chaos, the devil in fairy form, and he'll quite likely destroy the world, but only after he's eaten all the fairies and humans he can catch before dawn.

The fantasy elements in the novel are brilliantly done; so much so, in fact, that at times I found myself wishing that this was a full-blown fantasy novel. What The Great Night is actually focused on is the sometimes unbearably high cost of love. All the main characters, including Titania and Oberon, have known great love and it's flip side, great loss. The novel begins with a description of the slow and painful death from leukemia of Titania and Oberon's adopted son. Their boy was one of a series they'd stolen from the humans (always leaving a changeling in its place), but this time they fell madly, deeply in love with their child, and when he died it ended their marriage. This opening section of the novel comprises the most devastating description of a child's decline and death from illness that one would think it's possible to write: the rollercoaster of emotions his "parents" go through, the hideousness of the medical treatments, and the pain of his final passing. It's an unflinching and bravura piece of writing (Adrian is a pediatric oncologist, so he knows what's he's talking about), but its ferocious honesty may stop some readers in their tracks.

Henry, Will and Molly have all suffered from love and its sudden, tragic absence. The bulk of the novel describes their back stories, which are equally poignant and well crafted, and even include some more supernatural elements. The novel can be criticized for having an excess of heartache and heartbreak at times, but Adrian's prose and imagination are always first-rate. It's a very short list of novels that combine serious themes with fantasy, but two that I've read in the last few years are The Minotaur Takes a Cigarette Break by Steven Sherrill and Fairy Tale by Alice Thomas Ellis (click on the titles for my reviews). Both are excellent, but The Great Night has probably moved to the head of the class.
Posted by Cary Watson at 3:47 PM