Book Review: In Praise of Hatred (2008) by Khaled Khalifa 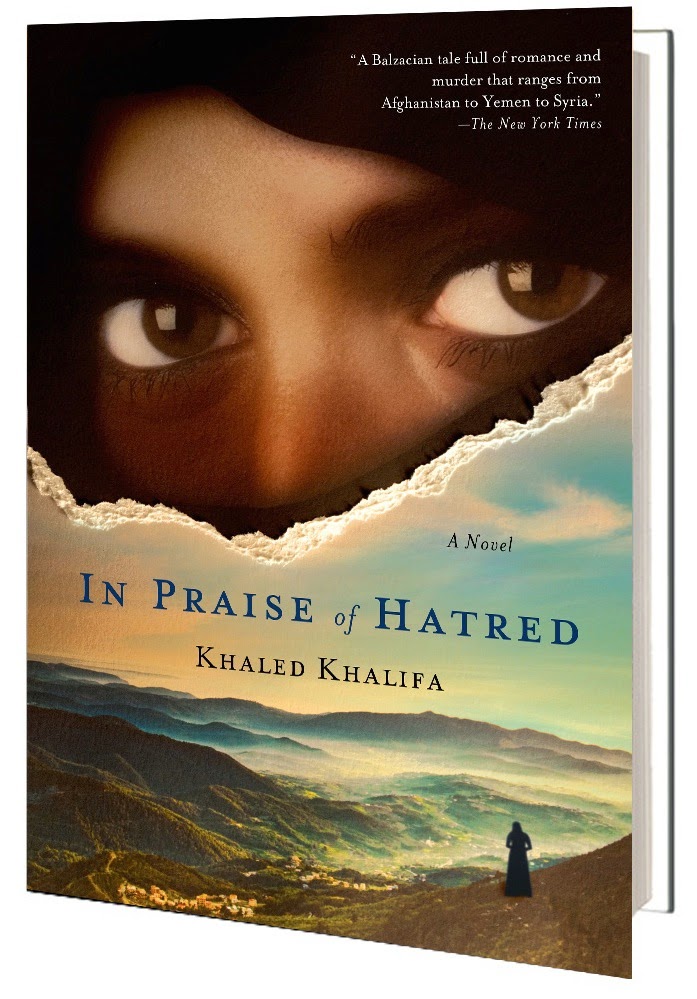 The setting for this novel is Syria during the early 1980s when the Assad regime cracked down on rival sects and political protestors with mass killings, political assassinations, and large-scale arrests. It was a brutal time in Syria's modern history, although now dwarfed by the current civil war. The conflict of the '80s has no name to fix it in history, but tens of thousands were killed by the government before the protests died down.

The central character in Hatred is an unnamed teenage girl living in a typical upper-middle-class Aleppo household who becomes radicalized and joins an underground group distributing anti-Assad leaflets. Khalifa is writing about a violent political upheaval, but he hasn't written a political novel. Taking a page from fellow Syrian writer Rafik Schami's playbook, Khalifa has written a novel about the psychological underpinnings and motivations of the troubles that afflict the Arab world. Khalifa also follows Schami's lead in creating a multiverse of stories that weave in and out of the central story, in this case the progress of the heroine from troubled teenager to political prisoner. Khalifa is nowhere near as good a writer as Schami. His prose isn't as magical or imaginative, and at times his writing is more polemical than literary. Like Schami, however, he argues that Syria's tragedy (and that of other Arab states) is a reflection of suffocating traditions, tribal loyalties, sectarian hatreds, and a political class that sees self-aggrandizement (for the individual and his clan/tribe/family) as the raison d'etre of political power.

Khalifa, Schami and Egypt's Naguib Mahfouz have used the role of women in Arab society to symbolize and explain the anxieties and injustices of their respective countries. In Schami's The Calligrapher's Secret (my review), the calligrapher of the title wants to modernize the Arabic language but fails spectacularly due to his brutal, and traditional, treatment of his wife. In Hatred, the heroine's drift into fundamentalism and loathing for other sects and those she sees as being insufficiently pious, is clearly shown to be a symptom of her sexual frustration and sense of confinement as a female walled in by restrictive customs and a savagely patriarchal culture. This point is made very clear in a section of the novel called "Embalmed Butterflies", which is a neat description of the kind of life lived by the novel's female characters, almost all of whom suffer from the cruelties of gender slavery. Novelists like Khalifa, Schami and Mahfouz show that the gender slavery imposed on women in some Muslim countries has an equally pernicious influence on the overall health of the country. In their novels we can see that all the tyrannical orders and blind, spiteful crimes of tradition and honour that women suffer within the four walls of their fearfully guarded homes, are transferred to the population as whole, only with far more devastating effect. The protests in Egypt's Tahrir Square are a neat example of this: the authorities responded to protests against the old order with brutal violence, and both sides took advantage of the chaos to sexually assault women participating in or covering the protests. It seems that democracy and equality needs to begin in the households of Syria and Egypt before it can spread to the body politic.
Posted by Cary Watson at 4:58 PM

I'd quibble on some points here - not about the book, but the tendency in Western commentary to islolate the (deeply disturbing) prevalence of women's oppression in Muslim cultures for political purposes. It's a bit too convenient to forget that over a century of British, French, U.S. imperialism has systematically throttled every secularist, modernizing and democratic tendency in the Muslim world. "THEIR culture" is then blamed for the resulting social backwardness (and implicitly the need for more U.S. drones to 'civilize' them).

After all, but for a few historical/geographical accidents the shoe might have ended up on the other foot between backward christian Europe and enlightened Islam.