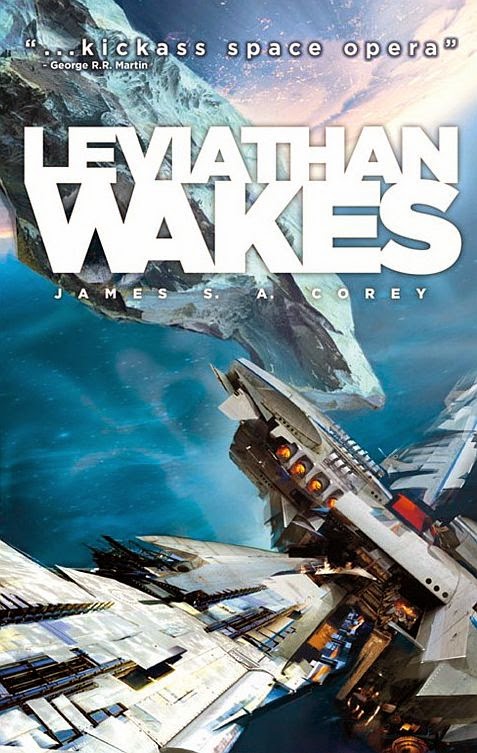 This is meat and potatoes SF writing, but the respective protein and vegetable components are of a very high quality. More specifically, this is an SF novel that's conceived and written to be one of the best SF films of the 1980s or '90s; it's basically a film script in novel form, and the obvious influences are Alien, Aliens, Outland and Blade Runner. This isn't a "hard" SF story, the kind that delves deeply into the effects of scientific or technological changes on a future society; this is about tough men and women who swear, drink and fornicate, and also get caught up in a monstrous corporate plot that threatens to destroy the solar system.

The two main characters are described in broad strokes--brave space captain, hard-bitten space cop--with just a little bit of extra shading (a bit of humour here, a dash of exstential despair there) to make them more than just cartoons. Secondary characters run the gamut from good ol' boys to slick corporate baddies to grrl power femmes, all of whom are familiar to us from every action movie of the last thirty years. The plot is a deftly-constructed series of revelations and cliffhangers, and the action scenes follow the templates laid down in most every SF film.

Leviathan Wakes is a clean, efficient, enjoyable piece of genre writing that's devoid of any original style or exciting prose, but what makes it interesting is that it's the product of two writers working under the Corey pen name: Daniel Abraham and Ty Franck. The only dual author novel I've read previously was Good Omens by Terry Pratchett and Neil Gaiman. That novel read exactly like any other Pratchett book, and I was left wondering if Neil's only contribution was to bring Terry tea and Jaffa cakes when he was feeling peckish. Leviathan is no-frills blue collar writing, but it's also an example of error-free writng. Something that too many genre novels (SF, fantasy, mystery, crime) have in common are literary "speed bumps." What I mean by speed bumps are those moments in a novel that make me put down the book, groan, and wonder why an editor wasn't around to say, "Uh, you might want to rewrite that last bit."

This isn't really about bad writing. Lots of modern genre novels feature decent prose, but too often they feel like a rough draft rather than a finished product. For every genre novel I read, I probably abandon two others because they need heavy pruning; have serious, but fixable, plot problems; are barnacled with clumsy pop culture references; get caught up in referencing genre conventions; and have underdeveloped lead characters. Good prose writing can't be taught or edited into existence, but all of the aforementioned problems can be eliminated or reduced with the help of a good editor. I'm guessing that the drastic belt-tightening that's gone on in the publishing industry has probably diminished the role of  creative control editors in favour of glorified proofreaders. At least it seems like that's the case. The Corey team hasn't produced deathless prose, but each author undoubtedly acts as a rigorous editor for the other, and that's resulted in a novel with a high degree of professional polish. Oh, and it's also going to be the next big show on cable TV.
Posted by Cary Watson at 4:57 PM