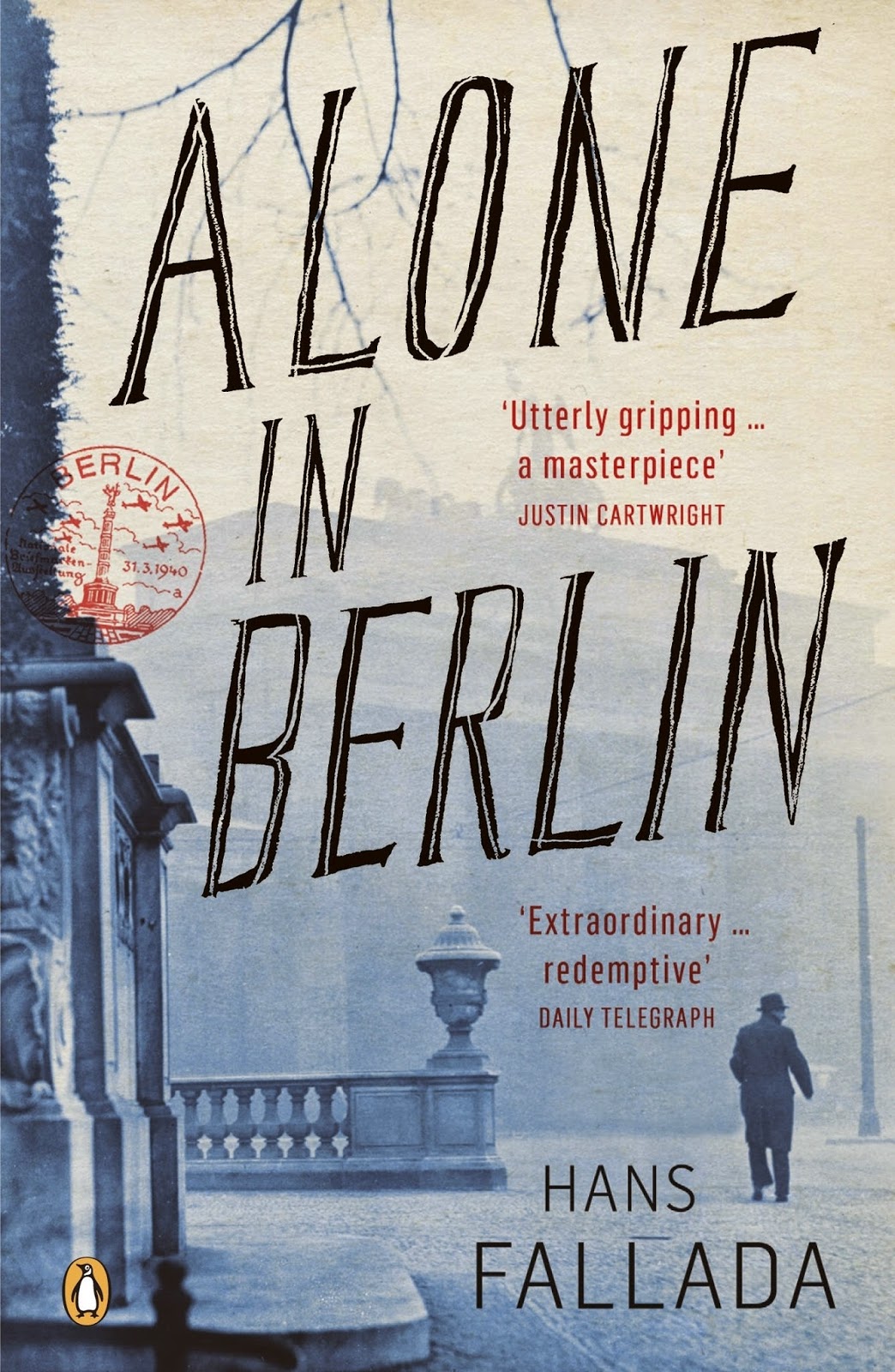 Well, the contest is officially over. George Orwell's 1984 and Arthur Koestler's Darkness at Noon have been relegated to my personal second division of searing novels about life in a brutal, totalitarian state. It wasn't even close. The prime reason for Alone in Berlin taking home the cup is that Hans Fallada knew whereof he spoke. In 1911, at the age of eighteen, Fallada killed his best friend as part of a mutual suicide pact and then bungled his own attempt to kill himself. Life was telling Fallada something. He was then banged up in a psychiatric hospital, and for the rest of his life (he died shortly after finishing this novel) Fallada was in and out of prisons, hospitals and psych wards. He battled addictions to drugs and booze, worked as a farmer and journalist, and eventually became one of the more successful and well-known German writers of the 1930s. One of his novels, What Now, Little Man?, was even made into a successful Hollywood movie in 1934. Under the Nazis he alternately resisted and knuckled under (Goebbels put a menacing word in his ear) to their insistence that his writings take a pro-Nazi stance. Fallada had intimate knowledge of resistance and collaboration, and those are the twin poles around which his last novel revolves.

Alone in Berlin is based on a true story and follows Otto and Anna Quangel, a working-class couple whose only child, a son, is killed in action in 1940. They're devastated, but unlike millions of other Germans, the couple decide to clandestinely protest the war. They start writing anti-war, anti-Hitler statements on postcards and drop them in public places. The Gestapo is soon on the case, although the impact of their protest is clearly negligible. The Quangels manage to evade capture for several years, but, inevitably, luck turns against them and they're caught, and the last quarter of the novel covers their interrogation, trial and imprisonment.

The Quangels are at the centre of the story, but there are at least a dozen other characters who orbit around them, including co-workers, neighbours, relatives, cops, Gestapo officers, and criminals. These supporting characters include (to name a few) ardent and avaricious Nazis; working-class Berliners trying to keep their heads down and endure the war; petty criminals who are both evading and profiting from the war; and naive, hopeless resisters to the Nazis. Fallada knew what life was like in the lower reaches of German society, and presents it with a brutal, even enthusiastic, harshness. His characters are terrified of the Nazis and the war, and the horror of the regime seems to bleed into personal relationships, many of which are violent and toxic. Fallada is brilliant at describing the petty, degrading horrors of life under Nazidom and the way people will demean themselves to stay out of trouble or curry favour with the authorities. The prison sections of the story are the best of their kind I've ever read. Fallada had many and varied experiences of being detained by the state, and every morsel of that experience and knowledge makes it into the novel.

Grim would be a good, catchall description of Alone in Berlin, but it's also ferociously tense and spiked with a terrifically black sense of humour. It makes for an odd but exhilarating reading experience. There are no happy endings for anyone, but Fallada writes with such energy and descriptive richness that reading about the horrors of life under the Nazis becomes perversely pleasurable. What's even more remarkable about this novel is that Fallada wrote it in under a month, and you can sense that he was in a rush to capture in prose all the rage, bitter sarcasm, and cynical humour that had been bottled up inside him since the Nazis came to power. Alone in Berlin isn't just a great novel about totalitarianism, I'd also put it forward as perhaps the best novel to come out of World War Two.
Posted by Cary Watson at 5:26 PM

It's always extremely painful when a child is killed.