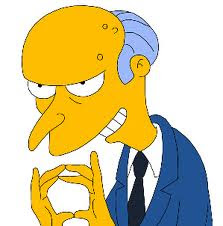 If you were a PR firm charged with the task of buffing up the image of plutocrats and robber barons, you couldn't do better than to create the TV programs Secret Millionaire and Undercover Boss. The former is British, while the latter is American, but both share a common goal of putting the heart back into heartless capitalists.

The Brit show sends millionaires to live in the most disadvantaged areas of the U.K. (bad teeth alert!) for a period of about ten days. They pretend to be poor or unemployed, and try to become part of the community, usually by helping out at some locally-run, underfunded aid organization. At the end of each show that week's millionaire strokes some cheques for needy individuals and/or community groups and reveals himself to the people he's befriended. Tears ensue, as well as many cries of, "I'm gobsmacked!" and "You do look proper brilliant in that suit!"

Undercover puts incognito CEOs to work in their own companies, usually in a variety of entry-level positions. The CEOs stumble and bumble their way through the simplest tasks, all the while remarking, in an astonished way, on how hard their employees work. Undercover ends with the boss revealing his true identity and handing out cash and promotions to deserving employees.

Two factors make these shows particularly odious. The first is that we're asked to feel sorry for millionaires when they're forced to live in tatty lodgings (strange smells! noisy neighbors! no media room!). The second, and more appalling, is that no one in these shows, rich or poor, makes the point that it's largely through the efforts of millionaires and their various lobbying organizations and paid-for politicians that people are made and kept poor. The undercover bosses, in particular, never mention that a minimum wage of $8 is what makes life so hard for so many of their employees. I'd hazard a guess that the poor and the poorly-paid in these shows do make comments about economic injustice in the U.K and U.S., but I'd also guess that such comments are ruthlessly edited out. After all, why further upset a CEO who has another night in a Motel 6 to look forward to.

It's bad enough that the mass media so often glorifies the wealthy, but is it really necessary to sanctify them as charitable angels?
Posted by Cary Watson at 12:56 AM