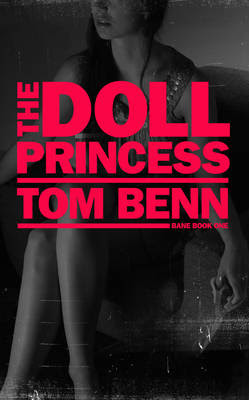 The Doll Princess emphatically check marks the crime fiction box labeled "noir," and does so with energy, wit and style. These days noir is shorthand for a setting that's exceedingly grim; visceral and grisly acts of violence; and sex that's frequent and sometimes brutal. Having praised it, I now have to, if not damn it, at least laugh at it a little. A lot of modern noir crime novels have a tendency to wallow in grittiness and sordidness to a degree that becomes, well, risible. You reach a point in some of these novels where you're fondly imagining Graham Chapman's army officer character from Monty Python suddenly intruding on the action to declare that what began as a nice hard-boiled crime story has just gotten "too silly." This novel sometimes strays over the line into noir silliness, but on the whole it's a solidly entertaining thriller.

The Doll Princess, like other novels in the noir field by authors such as Ray Banks, Declan Hughes and Ken Bruen, makes a determined effort to paint its fictional world in a palette consisting of blacks and, well, more blacks. The plot is a minor reworking of the Michael Caine film Get Carter. Henry Bane, an enforcer for a Manchester crime boss, learns that an ex-girlfriend from his teenage years has been found murdered. Bane investigates. For no clear reason the action is set in 1996, shortly after a deadly IRA bombing in the city. The IRA doesn't factor into the plot, so I'm left wondering why we're in 1996. Was that a particularly noir period in Manchester's recent history? Along the way we encounter a sex ring, a new kind of street drug, and bloodthirsty Serbian gangsters. We also get some spiky British gangland dialogue, and our hero, like any hard-boiled gumshoe from the 1930s, takes a beating or two but keeps on coming, dropping wisecracks along the way. Bane is what holds the novel together. Like Raymond Chandler's Philip Marlowe, Bane moves in a noir world, but he himself holds on to some humanity; he's bad, but he's better than those around him. A lesser writer would have made Bane as dark and disturbed as the milieu he moves in. What I could have done without was so much violence being directed towards women, and a few too many laddish descriptions of sex and female body parts. And Serbian gangsters? Really? As villains, Serbian baddies have become the modern cliche equivalent of gypsy horse thieves. Be warned that all the dialogue is written in a Manchester accent--no concessions for non-Mancunians. Thanks to having a mother who watched Coronation Street religiously when I was kid, I coped quite well. I just imagined I was listening to Stan and Hilda Ogden.

Reviews of noir crime novels routinely describe them as gritty and realistic, often making disparaging references to the Midsomer Murders end of the crime fiction spectrum. In truth, noir mysteries are every bit as divorced from reality as a story set in Chipping Badger featuring a killer poisoning people in order to win a raffle at the church fete. The latter kind of mystery, with its warm and fuzzy characters and lashings of cream teas, is a mild literary opiate for middle-class readers who like their fictional crime to come in a neat, attractive package with all the appropriate government warning labels. Noir is a mild amphetamine for middle-class readers who like to think their fictional crime choice gives them a kind of vicarious street cred; it allows them to feel that, in a very small way, they know what life on the edge is like. These readers are looking for, as the saying goes, "a bit of rough." At least writers of cosy mysteries are aware that they're peddling pablum, and none of them ever argue that they should be winning literary awards. The noir writers, on the other hand, take themselves very seriously indeed. They often grumble about not making the Booker Prize longlist. But the darker and nastier they make their novels, the more they stray into a noir fantasy land that's an exercise in willful, cranky dystopianism.
Posted by Cary Watson at 11:17 PM

A contemporary tale, but I found the dialect a bit irritating. I just didn't get the denouement. A good read.

Valor,
The dialect is daunting, and a guarantee of slim sales outside the UK.

Very intersting. It's very useful with me, Thanks