Loving Movies to Bits, Or the Ten Greatest Gesamtkunstwerk Films

Even if you're only a semi-serious movie lover you've undoubtedly had a conversation about a film in which you or someone else said, "Oh, I love that bit where..." And if you're a hardcore cinephile, the kind who plans their holidays around attendance at various film festivals, then you've probably said something along the lines of, "I know it's a bad film, but I love the acting/score/cinematography/set design." That last statement describes in a nutshell what makes film such a unique art form. A bookworm would never read something just because he liked the author's descriptions of weather, a music lover wouldn't sit through a symphony just to hear the French horn, and an art aficionado doesn't attend an exhibition and rave about seeing some interesting shades of red. A film nut--and I'm one--will watch the same film over and over again just to enjoy one of the many elements that make up a film. A personal example: I rewatch Grand Prix every few years solely for the racing sequences. The film's dramatic elements are wretched, but that's what the fast forward buttton's for, isn't it?

What makes film subject to this atomized appreciation is that so there are so many different artistic elements that go into creating even the most basic, B-grade movie. It's really quite wonderful that film production can bring together so many different creative impulses, and, not surprisingly, the Germans have a big, fat word to describe this kind of art: gesamtkunstwerk. Gesamtkunstwerk, according to Wikipedia, describes a work of art that incorporates or uses all or many art forms. Gesamtkunstwerk was evidently a concept that composer Richard Wagner (the Michael Bay of nineteenth-century opera) heartily embraced.

Movies are the ultimate example of gesamtkunstwerk. Nothing else really comes close. From the script to the acting to the props, each element in a film can be used to make a profound impression on an audience's imagination. The Wizard of Oz is a musical but it's almost equally beloved for its set design, and the films of Fellini and Hitchcock are as well known for their soundtracks, courtesy of Nino Rota and Bernard Herrmann, as they are for their visuals. And moving down the artistic pecking order comes Something's Gotta Give (2003), a moderately successful comedy with Diane Keaton and Jack Nicholson. The look and layout of the the home owned by Keaton's character struck a chord with audiences, and soon interior designers across North American were being asked to replicate it in every detail. A single element in a film can have a life outside of the original creation, and the vibrancy of that life will keep audiences coming back to the film to reconnect with it again and again.

Not every great film is an example of gesamtkunstwerk, including some films that are widely, and justly, regarded as classics. Director John Huston, for example, made a lot of great films, but he was not what I'd call a gesamtkunstwerk director. Huston concentrated on story and character to the exclusion of all else. His films were shot in a pedestrian style, the music isn't notable, and he had no distinctive visual style. Huston was, however, a great storyteller. I guess you could say that as a director he was a great novelist. And then there are directors like Kubrick, Fellini, and Hitchcock, none of whom knew how to make a film that wasn't a terrific example of gesamtkunstwerk.

So now here's my very personal list of the ten greatest gesamtkunstwerk films of all time. Some of these films aren't necessarily "great" films, but they are beautiful examples of the magic that results when a director exploits to the full all the artistic elements at his disposal. I've excluded the trio of Kubrick, Fellini and Hitchcock from my list because they'd fill it up completely. Some of the films I've reviewed previously; just click on the titles to go to my full reviews.

This was director Ken Russell's first feature film, and he must have decided to make a lasting impression in case it was also his last. There isn't a moment in the film that doesn't startle or amaze you with its style, wit and artistry. Special mention has to go to the theme music by Richard Rodney Bennet, and especially the cinematography which makes winter come alive like no other film has ever done. 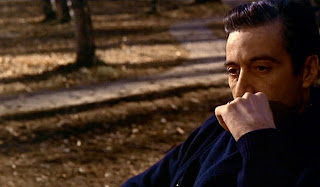 This has to be most restrained gesamtkunstwerk film on this list. The brilliant script and acting is what draws your primary attention, but the set decoration and costuming is equally superb. And Gordon Willis' rich, yet understated cinematography might the film's greatest, but least obvious, asset.

A lot of people tend to get distracted by the sex when talking about this film. Look past that and you find a film that absolutely nails the look and sound of the era is describes, as well as handling a large cast of characters with the dexterity and attention to detail of a novel. 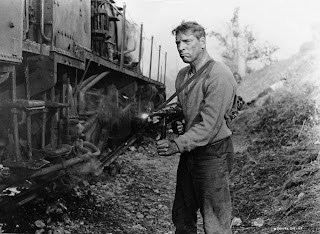 Director John Frankenheimer does not get the respect he deserves. He made some of the best films of the 1960s (The Birdman of Alcatraz, The Manchurian Candidate), and Ronin (1998), the best car chase film of all time. The Train is a World War Two movie that delivers on the action front, but also has a uniquely gritty, noir look for a war film and a soundtrack that mixes music and train sounds to great effect.

Starring Olivier Martiniez and Juliette Binoche, this period romantic drama set in the south of France during a cholera epidemic looks and feels like an extravagant 19th century novel. The novel it's based on was written in 1951 and is pretty crappy, but the film version fires on all the artistic cylinders. Never has cholera looked so romantic or enchanting.

There's no western that looks or sounds better, but what isn't noticed very much is the film's playfully religious sub-text, which I expound upon at some length in my full review. 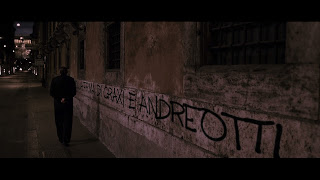 If Sergio Leone had decided to do a political docudrama this is what it might have looked like. The subject is Giulio Andreotti, Italy's seven-time prime minister. What could have been a dry story is turned into a feast for the senses, highlighted  by Toni Servillo's performance as Andreotti. 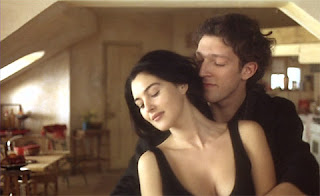 I said I wouldn't include any Hitchcock films on this list so instead I've cheated and chosen this French film that might just as well have been made by the master. The plot is a twistier version of Vertigo, the  music is appropriately Bernard Herrmann-esque, and it stars Monica Bellucci, who makes virtually any film a gesamtkunstwerk.

Trust the British to make an epic film out of one of their epic military disasters. This is a factual look at the infamous cavalry charge during the Crimean War, and the all-star British cast eats up the widescreen scenery. This has to also be the only historical epic to incorporate Terry Gilliam-like animated sequences. 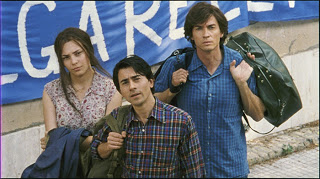 This is the most conventional-looking of the films on this list, but it earns its place because it does such a remarkable job of taking a sprawling family saga and folding it seamlessly into the post-war history of Italy. Amazingly, this was first made for Italy's national broadcaster, RAI, but was deemed too good for TV and ended up in very limited theatrical release. It's six hours long and you'll wish it was twice as long.
Posted by Cary Watson at 4:23 PM