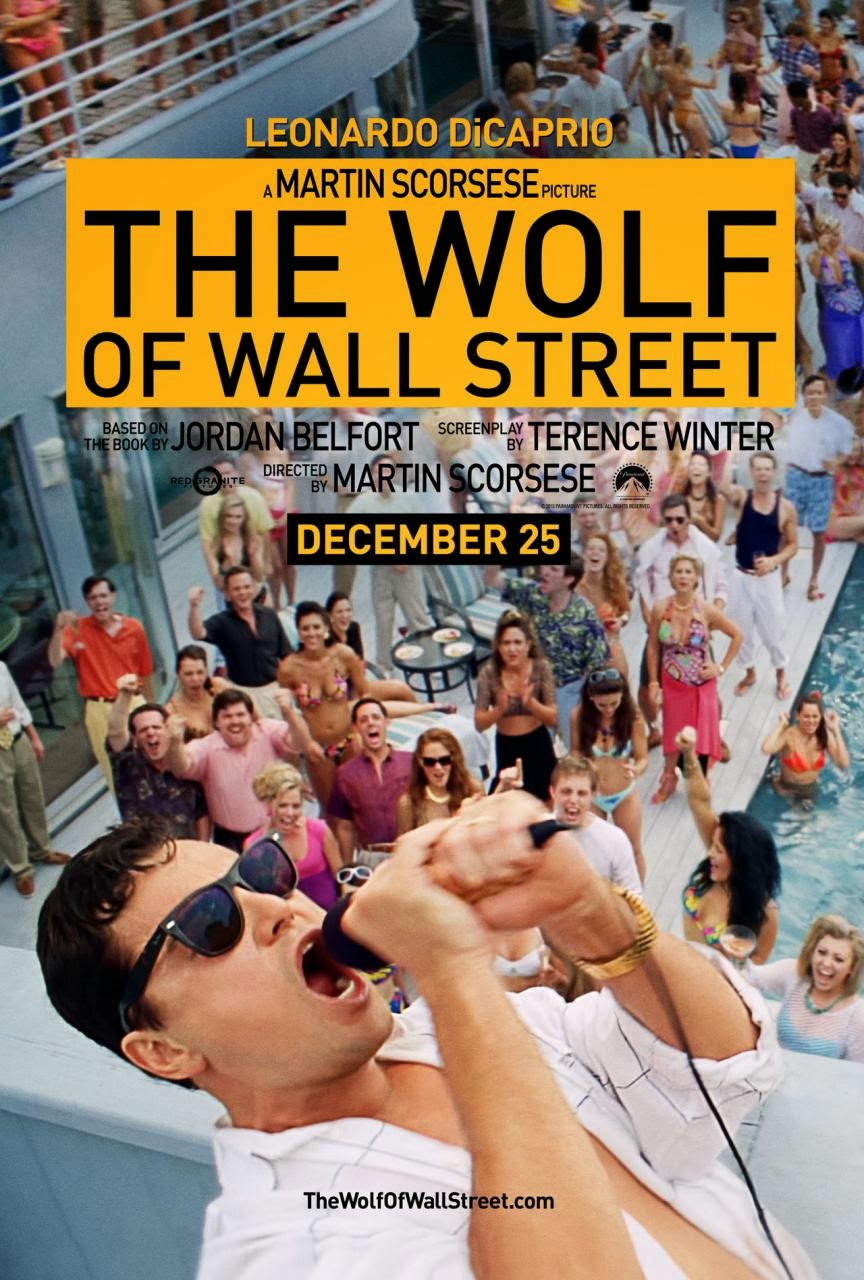 How bad is The Wolf of Wall Street? The only thing separating it from being another installment in the Jackass film franchise is the omission of Johnny Knoxville from the cast. Wolf and Jackass are both about men behaving badly, lewdly and stupidly, but at least Jackass isn't pretending that it's making a statement about its times.

Wolf could also be described as the final act in Martin Scorsese's trilogy about the ugly, dangerous face of street-level American capitalism. Goodfellas was the first in the trio and is probably Scorsese's masterwork. Casino was next and felt like a windier, less-focused version of Goodfellas. Wolf represents a collapse in Scorsese's artistic vision. All the elements that worked so well in the previous films--narration by the lead character, great period detail, clever integration of pop songs in the soundtrack--have been trotted out once again, but this time it all feels like it's being done by a hack director.

Both Goodfellas and Casino struck a balance between showing us the inner workings of their secretive, dangerous worlds and the lives of excess lived by the major players in those worlds. Wolf can't be bothered to adequately describe the whys and wherefores of Wall Street in the 1980s. Jordan Belfort, the title character, is quickly introduced, a vague description is given of how his penny stock scam works, and from there we're beaten over the head with scenes and sub-plots that hammer home the point that the Excessive Eighties were fueled by coke, sex and bravura displays of testosterone. In the third act the FBI catches up with Belfort, but this section of the film is even more opaque than the beginning. Why the FBI is on to him isn't really explained, nor are the exact nature of his crimes properly explained. Perhaps this is because financial crimes are basically dry and dull, but what it is clear is that Scorsese only made this film to spend more than two hours showing just how depraved men with too much money can become.

At different points in Wolf it feels like the film has been made by either a horny fifteen-year-old boy or a dirty old man. Scorsese has so much goodwill banked with critics by this point that I don't think many of them have dared to point out that this is a wildly sexist and exploitative film, almost like something Roger Corman would have produced back in the '70s when he hired Scorsese to direct Boxcar Bertha, a bloody, sexy ripoff of the Bonnie and Clyde story. Scorsese is fixated on the fact that Belfort and his minions were sex-obsessed. It's certainly worth pointing out the psychological connection between sex and money, but Scorsese makes the point over and over and over and over, until finally the audience gets the icky feeling that the film is saying more about the director than it is about Jordan Belfort; I mean, how is it that a film about Wall Street has far more sex and nudity in it than Boogie Nights, a film about the hardcore porn industry? The nadir of all this excess is a scene in which Jordan's trophy wife taunts him by displaying her genitals while telling him that he's not going to be getting any because she's mad at him. Unbeknownst to her, a security camera is trained on the room they're in, and some guards are getting a free show, a fact which Jordan gleefully points out. It's a pointless scene that only seems to have been included to provide a raunchy thrill for the male portion of the audience, and there are probably four or five similar scenes that are equally gratuitous.

The worst thing about Wolf is that Scorsese has nothing to say about his subject. He takes an uncritical, even affectionate look at the character of Belfort, and his view of Wall Street in the Eighties amounts to nothing more than delighted astonishment at all the naughtiness that went on. If they were victims of this era, financial or otherwise, Scorsese has nothing to say about them. Based on this film, I'm afraid it might be time for Martin to retire his director's chair and stick to doing DVD commentaries on other people's films; Porky's and Confessions of a Plumber's Mate are just a couple of titles he might be interested in analyzing.

This is a lot like Django Unchained you will either love it or hate it... You may hate the nudity and the F bomb. To me this is a movie and people need to realize stuff like this happens.. However, Leo gives strongest performance to date.

Belfort's frank memoir is a seductive confessional of how not only he but so many on Wall Street treated (treat?) Americans with contempt in their greedy drive to become rich enough to burn 100 dollar bills.