Book Review: The Illicit Happiness of Other People (2012) by Manu Joseph 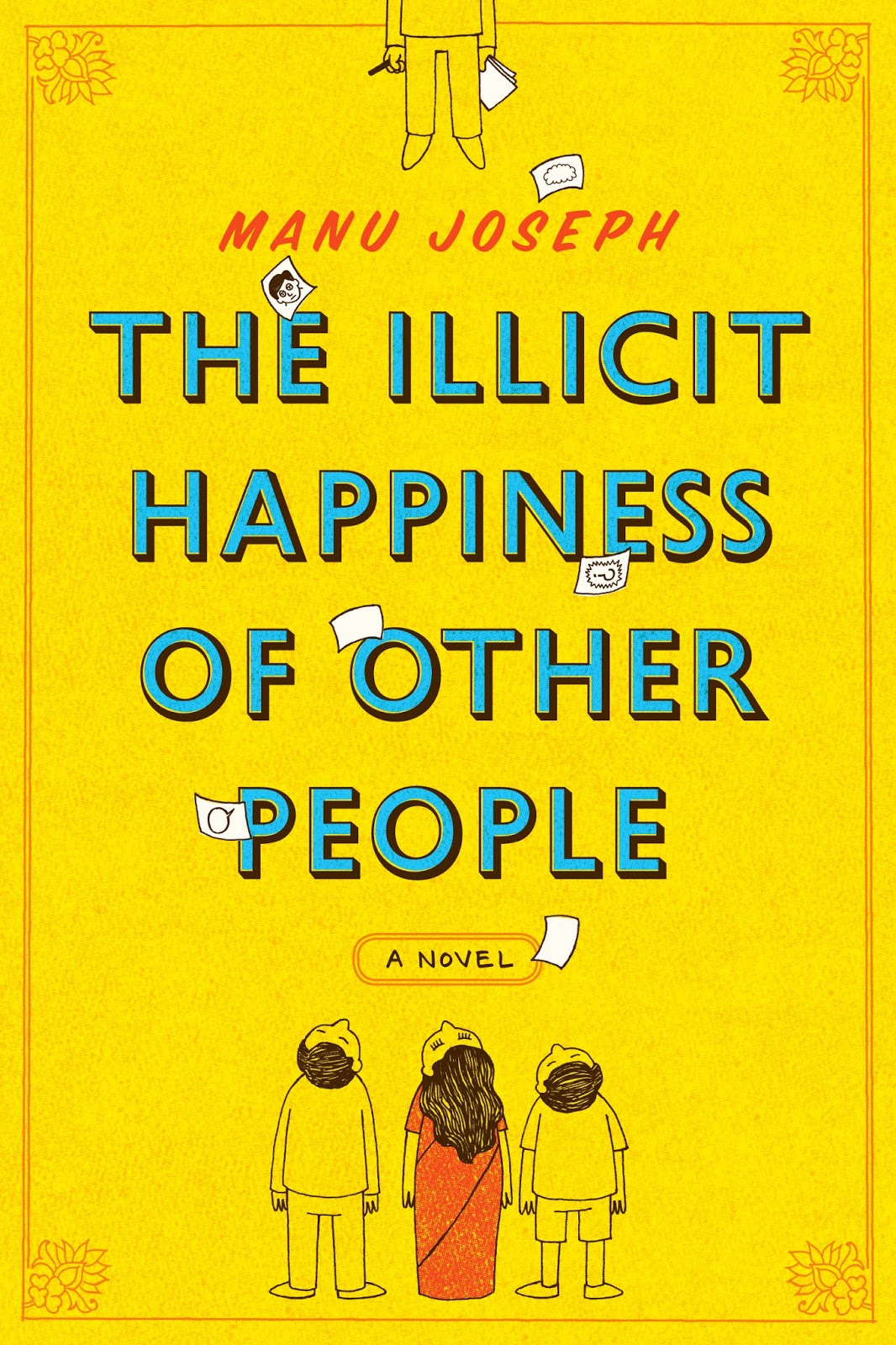 In Manu Joseph's previous novel, Serious Men (2010), an Indian research facility staffed by the country's tallest foreheads is shaken to its core by a sex scandal and some mischief-making by a lowly clerk. In Happiness, Joseph seems to be building on a theme begun in Serious Men of showing how intellect and imagination lives in conflict with Indian society. Joseph's story this time is about a father's quest to learn why his son killed himself at the age of seventeen.

The father is Ousep, a not very successful journalist living in Madras with his wife Mariamma and son Thoma. Three years previously, Uuni, the eldest son, leaped to his death from the family's apartment building. For the next three years Ousep doggedly interviews, questions and badgers everyone who knew his son in an effort to learn the truth about Uuni's inexplicable suicide. The picture that emerges is of a seriously smart, even brilliant, boy who concocted his own sophisticated philosophical system to give some meaning to his life. At the heart of his belief system is the idea that all people are naturally happy. The tragedy of Uuna's life is that he finds out that some people's happiness comes at the expense of others.

The larger picture painted by Joseph concerns India's middle-class males, both the young and the old. The boys of Uuni's age are tormented by family pressure (sometimes accompanied by blows) to succeed brilliantly at school in order to go on to university and succeed brilliantly there and then win the golden ticket of a job in America. And men of all ages live in a near-permanent state of sexual frustration thanks to living in a society that barely allows looking at, let alone touching, the opposite sex. Uuni finds release from these pressures through drawing cartoons and graphic novels, and working out a philosophy to assuage the torments of daily life in Madras. Several of Uuni's peers also find their own unique and peculiar ways to deal with life's stresses, including one boy who chooses to believe that he's dead. So many of the characters in Happiness are blessed with brains and imagination, the raw materials for happiness, but too often their culture places painful restrictions or obligations on their intellects.

Although the subject matter of the novel is serious, Joseph has a light and witty prose style, as evidenced by this brief but brilliant character description:

Sai stands in his spineless way, young but antiquated, studious but not clever, a thick steel watch on his wrist, his oiled black hair combed in the good-boy hairstyle. He looks like the past of an old man.

So while this is basically a sad, even tragic, story,  Joseph manages to blend in a fair amount of humor and warmth. If there's weaknesses it's that the few female characters feel somewhat underdone, and the ultimate revelation of what motivated Uuni to jump to his death has a touch of the melodramatic about it, which is not in keeping with the rest of the novel. Those two problems aside, Happiness is yet another argument for seeking out Indian writers--they rarely disappoint.
Posted by Cary Watson at 12:28 AM

Thanks for this. Looks interesting. Have you reviewed "White Tiger" by Arvind Adiga? One of the best novels I've read in ages.

No, I haven't read it, but I probably will Indian writers seem to never disappoint.