Book Review: City of Wisdom and Blood (1977) by Robert Merle; The Eyes of Venice (2012) by Alessandro Barbero 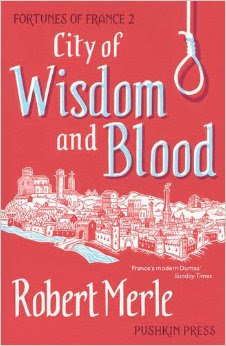 Once upon a time I didn't like historical fiction, or perhaps it's better to say I simply ignored it. I reasoned that if I wanted to learn about period x in history, why not read a history book? Far better, I thought, to read a novel that was written in the time it describes, rather than some contemporary writer's idea of what life might have been like in the long ago and far away. And then after reading a long and laudatory piece on Patrick O'Brian's Aubrey-Maturin series of novels set in the Napoleonic wars, I decided to take the plunge into historical fiction. I haven't looked back.

City of Wisdom and Blood is the second in a 13-volume series set in France during the religious wars of the 16th century. The first volume introduced the de Sioracs, a recently ennobled Protestant family living in the Perigord region. This volume follows Pierre and Samson, the youngest sons of the family, as they move to Montpellier to study medicine. Merle's grand theme in this novel is the problem of religious intolerance. Catholics and Protestants are always itching to have at each other, although both can agree it's equally enjoyable to persecute Jews, atheists and, of course, witches. Merle's theme is religion, but his muse is Errol Flynn. Yes, the swashbuckling dial is set to 11 here, and some of the dialogue sounds as though it comes directly from Captain Blood or The Adventures of Robin Hood. And the plentiful episodes of shagging feel like they've been inspired by the memoirs of Casanova. If this makes the novel sound schlocky, it isn't. Merle knows his history and makes it live and breathe like few writers have done, and he definitely knows how to show his readers a good time. This series is just being translated into English and the publishers appear to be putting out two volumes a year, with the third coming out in June. 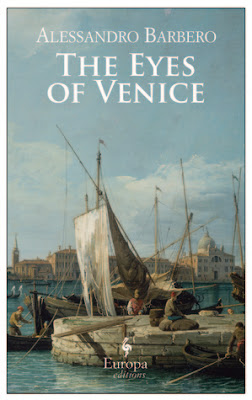 Alessandro Barbero's novel is set in Venice and the eastern Mediterranean in the 16th century. It's just as entertaining as Merle's, but Barbero is a more sober storyteller. There's no swinging from chandeliers and landing on banqueting tables with a hearty, hands-on-hips laugh. This story follows Michele and Bianca, working-class newlyweds who are separated by bad luck and evil intentions. Michele flees Venice on board a galley, and Bianca, having no idea what's happened to her husband, begins a succession of menial jobs to keep body and soul together. Barbero is as good as Merle when it comes to evoking a distant time and place, but where he differs is in his narrative style. If Merle is a swashbuckler, Barbero leans towards melodrama. His separated lovers are eventually reunited, but only after a series of very fortuitous coincidences. Where Barbero earns extra credit is for his depiction of Bianca's struggles after she's left to her own devices. It's normal in this kind of story for the man to go off and have all kind of adventures while the woman waits patiently at home, her boredom only enlivened by the occasional unwanted suitor. Barbero divides the focus of his story in half, and uses the Bianca sections to show the hardships endured by the poorest women of  Venice. Michele sees the world and has some manly adventures, but Bianca's story is equally dramatic and tense. She even has a brief affair, while poor, old Michele remains chaste throughout the several years they're apart. Now there's a role reversal.
Posted by Cary Watson at 12:28 PM