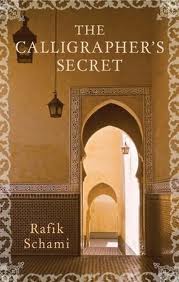 In this year of the Arab Spring, there's no better guide to the discontents, the tensions, and the psychology of the Arab world than the novels of Rafik Schami. Schami, an Arab-Christian, fled his native Syria in 1971 for Germany. After working in menial jobs he got his degree in chemistry and began working in the chemical industry. In the early '80s he became a full-time writer, writing in German. Since then he's won virtually every German literary prize there is, but only a handful of his novels have been translated into English. That's a tragedy because Schami has to rank as one of the world's great novelists.

Schami's previous novel, The Dark Side of Love (my review here), was a multi-generational saga about forbidden love and clan feuds that covered Syrian history from the early 1900s to 1970. It was a brilliant effort, filled with dozens of memorable characters, a plot that skipped back and forth across the decades, and a breathless mix of tragedy, violence and earthy humour.

The Calligrapher's Secret is almost a scaled-down version of The Dark Side of Love.  The story is set in Damascus from 1947-58 and tells the tale of how the calligrapher of the title loses his wife, Noura, to his apprentice Salman. Although this novel doesn't have an epic scope, Schami has the epic ambition to try and explain what it is that keeps the Arab world stuck with one foot in the modern world and the other a thousand years in the past. In Schami's view the problem is that Arabs are unwilling to accept change on a personal or cultural level.

Hamid Farsi, the calligrapher of the title, has the ambition to reform Arabic so that it becomes a more modern language, a language that can be used for more than just poety and religious writings. Naturally enough, Farsi faces opposition from religious fanatics who don't believe that the language of the Koran can be altered in any way, and conservative politicians who can only contemplate change that takes place at a glacial pace. What makes Farsi a tragic figure is that as much as he's a radical in his professional life, in his private life he is cursed with all the sexism and misogyny of the most traditional Arab male. He marries the beautiful Noura while she's still a teenager and treats her like dirt from the word go. This drives Noura into the arms of Salman, and it's this event that brings about Hamid's ultimate downfall.

This bare bones synopsis only gives a hint of the plots within plots in this novel. Schami structures his novels like folktales, in which even the most minor of events or characters can have a profound influence on the plot, and people can wander in and out of the story almost at will. And Schami loves creating characters. Even the most minor of figures is given a backstory, and Schami often tells us what happened to these people long after they've had any influence on the plot. The main characters are superb, particularly Farsi who is largely despicable, but is wholly believable and, to a degree, pitiable.

The only misstep Schami makes is to squeeze much of Farsi's story into the last quarter of the book. By that point we have quite a hate on for him and the most likable characters, Noura and Salman, have left the scene for good. This almost makes this last section of the book feel like an appendix rather than an organic part of the novel, but it's really only the most minor of flaws. Here's hoping that more of Schami's novels are made available in English.
Posted by Cary Watson at 11:59 PM

Email ThisBlogThis!Share to TwitterShare to FacebookShare to Pinterest
Labels: Rafik Schami, Syria, The Calligrapher's Secret, The Dark Side of Love