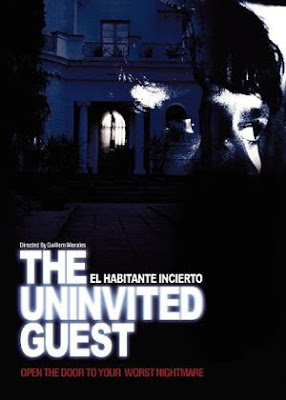 Tightrope artists are fundamentally ridiculous. One can admire their bravery and physical abilities, but their very particular skill set is pretty much divorced from any real world needs; I mean, if one really needed to traverse a chasm via a thin rope your last choice would be to walk across it. And why do they try to dignify their profession by calling themselves "artists?" That's like lion tamers calling themselves apex predator behavior modification consultants. Writer/directors of thrillers are the tightrope artists of the film world. They're required to throw their protagonists into unlikely and bizarre predicaments, and then devise equally unlikely ways for them to get out of trouble. Look at The Fugitive, for example. Richard Kimble's wife is murdered by a one-armed man and somehow Kimble ends up accused of the crime. To begin with, what idiot would hire a one-armed assassin outside of a kung fu film? And then Kimble makes his escape from prison thanks to a spectacular train wreck and a leap from a dam that a seasoned base jumper would blanch at. And all this in the first twenty minutes! Alfred Hitchcock, the master of the unlikely thriller, camouflaged the eccentricities of his plots with humor, visual style and glamorous casting. He seemed to realize and appreciate that the more unlikely the story, the more he was allowed to indulge in his auteur side. The plot of, say, North by Northwest, almost becomes secondary to all the cinematic razzle-dazzle on view.

Guillem Morales is the writer and director of The Uninvited Guest, and he's also a hell of a tightrope artist. His protagonist is Felix, a youngish architect living in a large, rambling house somewhere in Spain. Felix's long-term girlfriend has just left him and is now in an apartment of her own, although some of her stuff is still in the house. One night a stranger comes to Felix's door and asks if he can use the phone. Felix allows him in and leaves the room while the man makes his call. He comes back a few minutes later and finds that the man has gone, but he hasn't heard the front door close. From that point on Felix becomes convinced that the man is somehow hiding in his house; he hears noises, things are left out of place, and he's generally completely spooked. The audience is left with many questions: is Felix going mad? Is he the victim of a plot? Is it a ghost? Is his ex-girlfriend involved? As Felix becomes more paranoid the story takes some twists and turns that are, well, completely bonkers.

For the most part, Morales stays on the tightrope. At a few points he slips and is left dangling by his fingers, even his teeth, but he manages to get to the other side without falling into the canyon of "Oh, for Chrissake, this is effing ridiculous! Let's watch House Hunters." A big part of the film's entertainment value comes from watching Morales devise ever more byzantine plot twists, but, like many thrillers with outrageous concepts, the finish doesn't quite equal what's come before. That said, The Uninvited Guest is a worthwhile film based solely on its audacity and the director's enthusiasm for making his character jump through some pretty strange hoops. Not a first-class thriller, but certainly a strong performer in the minor leagues of the genre.
Posted by Cary Watson at 3:32 PM