Book Review: The Silence and the Roar (2004) by Nihad Sirees 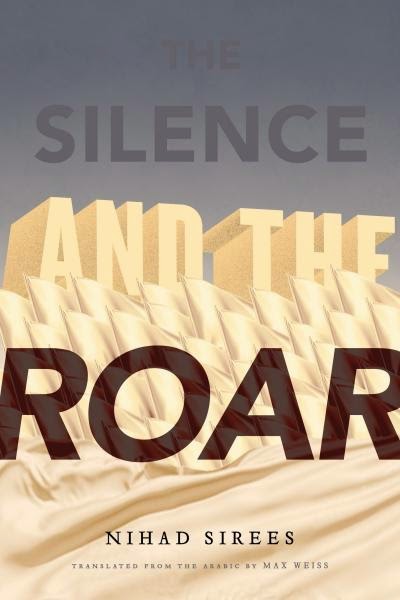 In a recent article in the Guardian, British novelist Will Self proclaimed that the "serious" novel is dead. If the chewy prose style and rambling arguments in the article are any indication of what his novels are like, Self is his own worst enemy when it comes to putting literature on life support. Perhaps if Self had looked outside the Anglo-American axis of novelists he might have realized that serious novels are very much alive. In particular, he should look towards Syria where a trio of novelists, Rafik Schami, Khaled Khalifa and Nihad Sirees, show that "serious" novels are alive and well and terribly important. The novels these three have produced are deadly serious in that they deal in their separate ways with the cruelties inflicted on the Syrian people by the state and by a society riven with injustices based on religion, class and gender. These writers have chosen novels instead of non-fiction because only the novel can capture the psychology and emotion of terror and oppression in a way that newspaper articles and histories can't. Rafik Schami's The Dark Side of Love (review here) is an epic novel that X-rays Syrian society from top to bottom, and Khaled Khalifa's In Praise of Hatred (review here) shows how gender discrimination and persecution can produce a religious fanatic.

The Silence and the Roar follows a writer named Fathi Sheen as he runs afoul of the state security services over the course of one day. The country and its "Leader" aren't named, but it's very clearly Syria. Sirees' novel is an exploration of the mass psychology used by the state to keep its citizens both loyal and fearful. The character of Sheen is a special case for the state because as much as it dislikes his seditious writing, it badly wants one of the country's most prominent writers on its side. So while Sheen is being harassed and threatened by the state, he's also being courted by them with promises of a prestigious job.

Sirees' novel is short but brutally effective in describing the hysteria, fear, and violence that attends any kind of political personality cult. The feverish mass street demonstrations in praise of the Leader that begin the story are strikingly described, and become a counterpoint to Sheen's intensely sexual relationship with his girlfriend; Sheen's only escape from the impersonal roar of the crowd is to turn to the intimacy of lovemaking with his girlfriend. In tone the novel is reminiscent of Arthur Koestler's Darkness at Noon, and structurally it borrows from Ulysses, with Sheen traipsing around the city trying to hold his life and career together, and map out some kind of future for himself. I'm not entirely sure what Will Self's definition of a serious novel is, but if this isn't it then there really isn't any future for literature.
Posted by Cary Watson at 9:04 PM