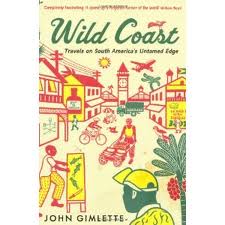 There are really only two kinds of travel books. The first is what could be called the travel autobiography, in which the author restricts his writing largely to what he saw, felt and heard during his travels. In these travel books there's usually only the most cursory mention of local history, customs, and flora and fauna. Paul Theroux is the king of this sub-genre. The other kind of travel book is what I'd call cut-and-paste travel writing. We get some firsthand experiences in these books, but we also get a lot of potted history and biography, all of it lifted from other sources. This pads the book out to a publishable length and makes the author look quite the scholar. I hate this kind of book. If I want to read the history of, say, Turkey I'll read a dedicated history of that country. When I read a travel book I want a story about travel: it's dangers, pleasures, frustrations and the subtle changes it makes to our character and the way we see other people. I don't want this:

"Over the centuries the island of Sicily has been occupied, raided or invaded by a host of warrior races and nations, and each has left its mark on Sicily's landscape, culture, architecture, and, yes, even it's cuisine. A very partial list of Sicily's various conquerors would include Phoenicians, Vikings, Franks, Turks, Barbary pirates, Venetians, and the Green Bay Packers."

You see? Until I mentioned the Packers you thought that was an actual piece of cut-and-paste travel writing. That's how easy it is to churn out that kind of travel writing; simply crib some info from Wikipedia, add in an anecdote or two about a bad bus ride or a spell of dysentery and you're good to go.

And so, in a roundabout way, we get to Wild Coast, which turns out to be a very good combination of the two kinds of travel writing. Gimlette takes us on a tour of Guyana, Surinam (formerly Dutch Guiana) and French Guiana, three neighbours tucked into the northeast corner of South America. He doesn't stint on the historical and biographical elements, which would normally annoy me, but these three countries (actually two countries and one department of France) have taken their respective histories from the bin labelled Bizarre & Bloody. All three places are the end products of slavery, plantation economies, rebellions and bad government, and today are mostly undeveloped and unknown.

One of the more interesting things to come out this book is the fact that racism comes in all colours in this region. The peoples of the Guianas are made up of blacks, Ameridians, East Indians, whites, and some Asians. The various racial groups regard each other with either suspicion or hatred, and within the black community the lighter-skinned look down their noses at the darker-skinned. It's all rather depressing, but it's clear this situation has its roots in the savage plantation economy of the past. The various racial groups were either brutalized or put in competiton with each other, and the toxic results are societies that seethe with resentment and distrust.

Gimlette is a good traveling companion. He doesn't shy away from taking the road less travelled because it's dangerous, dirty and smelly, and his writing style is breezy, rich with metaphors and always entertaining. The only knock against him is that he seems to get along with everyone he encounters. This is very polite of him, but not very believable. I prefer Paul Theroux's thornier personality in this regard. Gimlette's cheeriness aside, this is one of the better travel books I've read in a long time.
Posted by Cary Watson at 11:58 PM