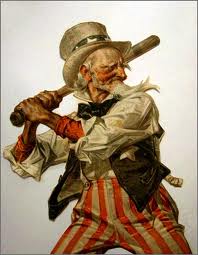 This post is actually a reprint, as it were, of an article I wrote for Z magazine ten years ago. I was noodling around on the web and came across it and thought it was worth adding to my blog. Z magazine features a lot of solid reporting on left-wing issues and interviews with people like Noam Chomsky. Some of the references in my article are a tad old, but the points the article makes still hold up (I hope) fairly well. Enjoy.