Book Review: The Dark Side of Love (2004) by Rafik Schami 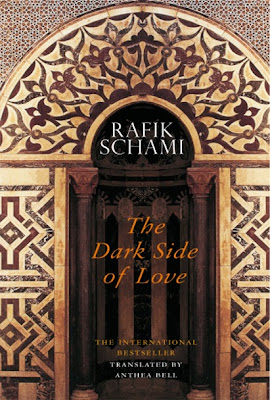 By the time I finish writing this post, or by the time you finish reading it, the odds are good that President Assad of Syria will have fled his country or will be swinging from a lamp post. Syria looks certain to be joining the lengthening list of Arab countries that have shown their dictators the door and/or the business end of a Kalashnikov. One of the best ways of understanding how all this has come to pass is to read the works of Rafik Schami, a Syrian-born writer living in exile in Germany since 1970. Schami, an Arab-Christian, writes in German and has scooped all the major German literary prizes. Only a few of his novels have been translated into English, and the finest of them is The Dark Side of Love. It's also the novel that does the best job of giving some cultural background to the so-called Arab Spring. I first read it just before I started this blog, but now seems like a good time to review it.

The Dark Side of Love is a multi-generational saga of a blood feud between two Christian families in Syria. The story begins in the early 1900s and ends in the late 1960s, and along the way Schami introduces dozens of characters and almost as many sub-plots. If this sounds dense and daunting, it isn't. Schami is a storyteller in the same class as Dickens. He can create memorable and interesting characters with no apparent effort, and their stories, all looped around the central theme of the feud, are never less than fascinating. Schami's story is basically serious and, in parts, tragic, but the novel is also shot through with moments of beauty and humour. Schami is also unafraid to send his story off in some unusual directions, most notably, for example, when one of the major characters has a sexual interlude with a donkey. That's right, a donkey.

The Dark Side of Love is nothing less than a combination MRI, X-ray, and CAT scan of life in Syria, from high to low, in the 20th century. What we learn from this is that Syria, like many other Arab countries, is a  country in name only. People in Syria take their identity from, and are only loyal to, their family, clan, tribe, religion and sect, roughly in that order. The state falls into the same category as the weather: unpredictable, frequently unpleasant, and beyond the influence of man. Until lately. It's clear that these scabrous regimes have lasted as long as they have largely because the citizenry have tried to live their lives without being noticed by or involved with the powers that be. It's always been the safest way to go through life. Once the state goes too far, however, tribe and clan loyalties provide a powerful rallying point for revolutionary forces.

Don't give a toss about Syria? That's fine, because this novel can be enjoyed entirely without any knowledge of the history or politics of Syria. My only problem with the book is the title; it sounds far too much like something Danielle Steel might have written. For my reviews of Schami`s other novels, The Calligrapher`s Secret and Damascus Nights, click here and here.
Posted by Cary Watson at 8:32 PM