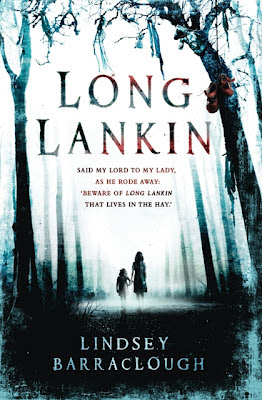 Lindsey Barraclough is a decent writer, and Long Lankin has a setting and concept that should have created a solid, young adult horror novel. What Lindsey didn't have was a good editor. Like so many horror/fantasy writers Barraclough has an almost OCD-like desire to pile on the scene setting and world-building to the exclusion of plot.

In this case the author seems more interested in creating a portrait of a particular place and time than she is in crafting a compelling story. The action is set in a small village on the English coast sometime in the late 1950s. Two young sisters, Cora and Mimi, are sent from London to live with their Aunt Ida in a house outside the village. Naturally enough, Ida lives in a large, rambling, decaying house that doubles down on the spookiness: cobwebs, frightening portraits of ancestors on the wall, strange noises, hidden passages, and locked rooms that YOU MUST NOT GO INTO UNDER ANY CIRCUMSTANCES! The immediate neighbourhood isn't much better. There's a gloomy, semi-abandoned church that YOU MUST NEVER GO NEAR! A cemetery that you are FORBIDDEN TO ENTER! filled with ruined, gaping tombs. And the marsh surrounding Ida's house will SUCK DOWN ALL WHO SET FOOT IN IT! THIS MEANS YOU! Add in an ancient family curse and a child-eating creature and the scene is set.

The above sounds like a surfeit of ingredients for a fun, scary read, but it's pretty much ruined by the author's self-indulgence. Most of this novel is a loving, but misguided, attempt to recreate life in England in the 1950s. Barraclough piles on the period detail with a vengeance. Every detail of lower-middle-class life gets a mention, right down to name-branding all kinds of household products. Things reach a nadir when an entire chapter is devoted to a lengthy description of a village cricket match that's both twee and pointless. And there are pages and pages of this kind of cheap nostalgia. Part of it seems to be an attempt to replicate the style of a particular kind of English kids' lit; the type popularized by Enid Blyton and Arthur Ransome in which a gang of kids get together to solve a mystery in between larking about and sitting down to scarf cream teas. Adult readers might find this kind of homage entertaining, but young readers are probably going to be bored witless. I was.

An editor should have noticed that by the halfway mark very little has happened. We've heard a few things go bump in the night, glimpsed things that might be scary, but beyond that it's been a long, uneventful walk down memory lane. That same editor should have asked Barraclough to trim her novel by a third, if only to prevent trees being felled for no purpose. As I said before, she's a decent writer, but a smooth prose style isn't worth much when the plot is spinning its wheels. It's easy to rip a writer for making mistakes, but no novel gets published without an editor's OK, and in this case the editor in question has done an above average writer a great disservice. Two writers of young adult fiction who are masters of  both prose and plotting are Geraldine McCaughrean and Melvin Burgess. My most recent reviews of their novels are here and here.