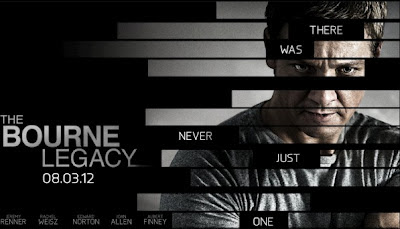 The Bourne Legacy provides an interesting example of why actors matter, and why top of the line actors matter even more. The latest Bourne film is a minor reboot of the series that formerly starred Matt Damon. The new star is Jeremy Renner who plays Aaron Cross, yet another product of the secret CIA program that produced hyper-efficient assassin Jason Bourne. As in the other Bourne films, Cross finds himself double-crossed by the CIA and has to go on the run, changing his identity and ruthlessly eliminating the CIA goons sent to kill him. Also along for the ride is Rachel Weisz as Marta Shearing, a research doctor who can provide Cross with a virus he needs to stay alive.

The plot is almost paper-thin. Basically, Aaron and Marta have to play a simplistic game of cat and mouse with the CIA and that's it. The reason the acting is vitally important in this film is that the script is a heaping mountain of scientific bafflegab and acronyms. The CIA baddies, led by Edward Norton, are continually in crisis mode, shouting orders and instructions about uplinks, identity checks, visual feeds, agency protocols, and so on and so forth. It's not overstating things to say that 90% of the dialogue in this movie consists of people outlining case histories, briefing their peers, or, as already mentioned, barking out orders. Dialogue that might be considered personal or expressive of character is almost non-existent. The overall effect is rather like listening to people read out instruction manuals in loud, commanding voices.

Thank God the cast is up the challenge posed by this script. From Renner and Weisz all the way down to those filling the smallest roles, every one of them manages to make the steely, rapid fire, jargon-laden dialogue sound interesting. If any one of them hadn't been up to the task it would have made the nonsensical nature of the story painfully apparent. Renner is especially good, and his performance is a reminder that his predecessor, Matt Damon, isn't much of an actor. Damon can do boyish charm and innocence but anything else always seems to be a struggle for him. Weisz, as per usual, is excellent.

As good as the actors are, Legacy is still only just a slightly above average film. The action sequences are generic, with far too many brawls shot in such tight closeups we might as well be looking at clothes tumbling around in a dryer. The plot also suffers from a science fiction-y element that somehow seems out of place in the Bourne universe.
Posted by Cary Watson at 4:24 PM