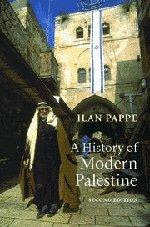 Many nations have foundational myths, and for the most part they're the equivalent of corporate PR; a bundle of warm and fuzzy half-truths that spin a positive message about a country's character and roots. The US has loads of myths about its founding fathers, various presidents, and the aspirations and struggles of the early settlers, all of it used to build of a portrait of a nation that's resourceful and determined. France looks to the revolution of 1789 to define itself as the bastion of liberty and equality. Britain reaches all the way back to the signing of Magna Carta to help define itself as a land resistant to tyrannies and proud of its individual liberties. But then there are the countries that use or create a myth to rationalize or justify contemporary political policies, and that's where danger lies. Dictators as different as Hitler and the Kims of North Korea have constructed myths to justify the most heinous crimes. The most fascinating revelation in these two books, at least for those who haven't paid a lot of attention to goings-on in the Middle East, is that Israel's foundational mythos has been used as a tool and a smokescreen to facilitate the colonization and exploitation of Palestinian land that was, for the most part, either stolen or conquered.

Ilan Pappe is one of Israel's "new historians", a group of academics who have started examining the dirty secrets of Israel's short history. One of the key Israeli myths is that in 1948, as the British Mandate in Palestine was expiring, the Jews in Palestine were outnumbered and outgunned by surrounding Arab countries intent on massacring them. Pappe neatly exposes this as a grotesque exaggeration. Neighbouring countries were more interested in a land grab than any kind of pogrom, and in military terms the Jewish forces were their equal in numbers and superior to them in training and quality of arms. Myth number two that Pappe demolishes is that the Palestinians who fled the land during the 1948 made the choice to abandon their land because they feared being caught up in the conflict. In fact, Jewish forces were busily engaged in a policy of ethnic cleansing before and during the conflict. Palestinian villages and communities were subjected to intimidation tactics that ranged all the way up to full-scale massacres of civilians. In short, many Palestinians fled their land because of Jewish terror tactics.

From its earliest days, Israel's politicians and supporters have used the myth of Israel as a David surrounded by Goliaths to curry favour and support from the West. Israel has cast itself as an underdog faced by bullies in order to justify oppressive security restrictions on Israeli Palestinians as well as military attacks on anyone, individuals or nations, deemed a threat to Israel. The idea that Israel might be a threat to its own (Palestinian) citizens and neighbours isn't talked about much in the West. The fiction that Palestinians fled Palestine in 1948 to escape invading Arab armies is the most pernicious of the two myths because it covers up crimes committed by Jewish forces and is used to justify Israel's refusal to allow Palestinian refugees to return to their land.

Don't think that these two books are merely opinion pieces; these are solidly researched works of history with citations for every damning fact and statistic. I've concentrated on Pappe's unraveling of Israel's foundational myths, but he has a lot more to reveal, all of it damaging to any view of Israel as a benign and democratic nation. I have to say that the two books make for depressing reading, given that so much suffering by Palestinians has been ignored or dismissed thanks to the relentless promotion of Israel's foundational myths in the mainstream media. This also explains why Israel, and lobbying groups working on its behalf in the West, react so hysterically to honest critiques of Israel's history. They know that these myths are one of the pillars of Israel's claim to moral superiority in the Middle East, and they'll do and say anything to defend them. And it seems Pappe is also one of the victims of those who fight to safeguard mythology: in 2007 he left his teaching position at Haifa University due to criticism from within and without the university. He now teaches at the University of Exeter in England. These two volumes don't make for pleasant reading, but they're essential for any unfiltered understanding of Middle Eastern politics.
Posted by Cary Watson at 5:12 PM