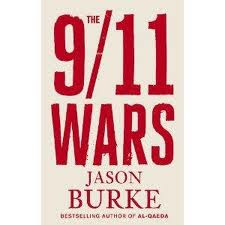 Well, it's all here in one volume: the sad history of the various wars, insurgencies, riots, rebellions and terrorist campaigns that followed or stemmed from the attack on the World Trade Center towers. Jason Burke, a correspondent for the Guardian, gets full marks for a detailed and nuanced history of a fiendishly complicated subject. This is a history that covers events in Europe and America, as well as throughout the Islamic world, and the roll call of individuals, organizations, and groups is a long one.

Burke is at his best when he picks apart the 2003 invasion of Iraq and its bloody aftermath. He shows that the U.S. decision to invade and occupy Iraq with a minimal number of troops was a boneheaded decision that doomed the country to years of terrorism and sectarian warfare. Equally tragic were the American decisions to disband the Iraqi Army and remove Ba'ath Party members from government. Those two actions instantly created a huge pool of angry, impoverished Iraqis who were happy to take up arms against the invaders.

This book also makes it clear that al-Qaeda, as a terrorist group, is more of a concept than an actual organization. Islamic militants in places as far apart as Morocco and Indonesia come together and form al-Qaeda groups, as opposed to recruiters from al-Qaeda travelling the world setting up terror cells. Basically, many militants use the al-Qaeda title to indicate their purpose and goals, rather than an actual affiliation to a governing body.

The saddest aspect of Burke's history is that he reveals the futility of hoping for any kind of truly democratic governments to take root in places like Iraq, Afghanistan and Pakistan. In all three countries tribal, clan, village and family loyalties and obligations take precedence over any kind of political organization. And a great many conservative Muslims, according to their interpretation of the Koran, view even the idea of government as anathema.

The only minor quibble I have is that Burke doesn't talk enough about the price Iraqi civilians have paid for the war. He says that up to 165,000 Iraqis were killed as a direct result of the invasion and its aftermath, but he doesn't detail the many more deaths, especially of children, that have occurred as result of Iraq's basic infrastructure falling apart. Disease, malnutrition, and contaminated water have probably killed as many Iraqis as have the bullets and bombs.
Posted by Cary Watson at 1:54 PM