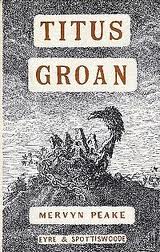 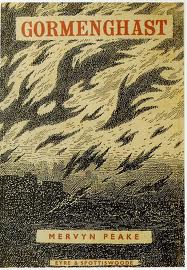 You could hold an annual contest to decide which genre Titus Groan and its sequel, Gormenghast, fall into and you would never get a satisfactory answer. To call them fantasy is to suggest they have magical elements, which they don't. They have too much humour for a gothic novel, and alternate reality novels makes them sound like sci-fi or steampunk. And yet the novels do have overtones of all those genres. The best description I can come up with is to say that they have Shakespearian plots peopled by Dickensian characters. Or is it the other way round? The setting is Gormenghast Castle, an insanely large complex marooned in a barren wilderness, seemingly cut-off from any other civilization. The characters, all with names so delicious you could spread them on toast (Deadyawn, Flay, Rottcodd, Opus Fluke, Flannelcat), consist of the Groan family, who rule Gormenghast, and a host of lesser notables, functionaries and servants. The time period? Hard to say, but it feels like the mid-1800s.

The plot revolves around two characters: Steerpike, a kitchen boy who schemes and kills his way to (almost) ultimate power,  and Titus Groan, the heir to the throne of Gormenghast who must eventually confront Steerpike. That describes the major story arc in the novels, but there are a score of minor plots that support or spin-off from the main storyline. Not one of them is dull or distracting. It's in this way that the novels feel like something Dickens might have produced if he'd been a recreational opium user. Peake fills his novels with striking characters but makes sure to give all of them something to do or be a part of. Dickens had an effortless ability to manufacture  unique characters, and Peake is his equal in these two novels. Even his most outlandish characters, the ones for whom eccentricity is something that's only visible in the rearview mirror, have a depth and level of detail that makes them more than just "colourful" characters.

One of the most fascinating characters is Gormenghast Castle. This is a big castle. Peake never gives us any dimensions, but you get the idea that it's probably several square miles in size. And don't think of it as a medieval fortress; it's more of a combination Tibetan lamasery and Italian palazzo. Peake takes us into every nook and cranny of it, and we end up knowing its strange delights as intimately as its inhabitants.

The novels would be remarkable enough based only on their wealth of drama, incident, characterization, and the richness of the prose, but Peake is also an exceptional comic writer. His comic style ranges from slapstick to Wodehousian wit to Lewis Carroll-like absurdity. Gormenghast, in particular, is filled with humour, and you could almost make an argument that it's as much a comic novel as it is anything else.

I suppose the main appeal of the novels is that you never have any inkling of what's coming next in them, never mind what literary genre they will morph into. There are literally dozens of memorable scenes and sequences. A very partial list would include: Lord Groan's mad belief that he's an owl; the hilarious and accidental death of the headmaster at Titus' school; Steerpike's "seduction" of Cora and Clarice Groan; a stunningly awkward party featuring one spinster and dozens of male teachers; and the climactic hunt for Steerpike, which all takes place during a devastating flood.

Are these novels about anything other than entertainment? That's as hard to figure out as the whole question of genre. Everything about the novels is so freewheeling and varied it would be easy to put just about any kind of meaning on them. I think there are two possibilities. First, Gormenghast Castle is a human consciousness, and the wildly various characters that live within it are all the different personality traits, quirks and problems a single human mind can embrace or fall prey to. Second, all of Gormenghast's personalities are templates young Titus can choose and learn from in forming his own character as he grows from boy to man. Or I could be wildly wrong on both counts.

The only disappointing thing about the world of Gormenghast is the third volume, Titus Alone. Do not bother reading it. Peake was dying as he wrote Titus Alone and, not surprisingly, the quality of the writing is pretty poor. There's also a BBC mini-series version of the first two novels that was done in 2000. It has an all-star cast, but it feels flat and stagey, and it completely misses out on Peake's humour.